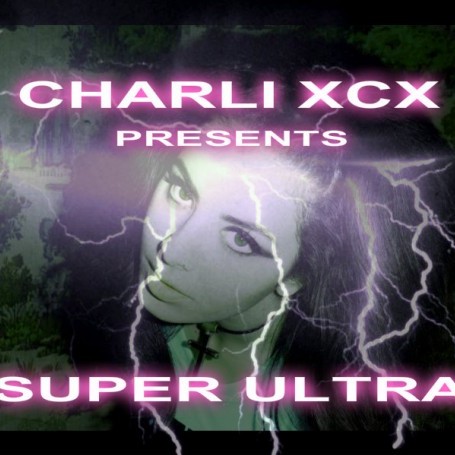 The collage-y smash-up Internet age continues to have its champions, and this week that comes in the form of Charli XCX. The British teenager gleefully cuts culture apart with Edward Scissorhands shears, only to then drip fluorescent paste all over the mess. Her last mixtape featured samples of dialog from Cruel Intentions in the midst of brash beats and brasher rhymes. Her new tape, Super Ultra, keeps that maniac stride, one track featuring meme monster Brooke Candy and another inspired by “the opening scene of Planet Terror, where Rose McGowan does the pole dance.”

Candy’s appearance on “Cloud Aura” is the first of many head-scratching moments. Described in a NSFW profile from Bullett Media as someone with a “stripper-meets-Tumblr aesthetic,” her heavily postured verse speeds by, references to Bonnie and Clyde, Chris Brown, and Jay-Z from this persona bordering on meta-rap. Later, “Moments in Love” is the hipster cousin to Katy Perry’s “I Kissed A Girl”, XCX vamping over an Art of Noise track for a minute and a half or so, returning to the chorus “I just want to get high with my best friend / kiss her on the tongue just like I’m your boyfriend.”

Super Ultra is a candy-coated hit of molly, a pupil-dilating emotional explosion, a puzzling burst of Grimes-y weirdo soul that I’m certain I’m not teenaged enough to continue making metaphoric discussion of. Her lovelorn wails on “Glow” compliment the haunted, stuttered Baths backing track, while the remix of How To Dress Well’s “Cold Nites” plays at amping that song’s already huge drama. Charli XCX is not for the faint of heart or those afraid of emotion. When she plaintively delivers the lines “I will try everyday / do my best, are you impressed?”, it seems simultaneously an entreaty and a challenge, the sort of hyper-everything-all-the-time cut and paste that makes Super Ultra an intriguing mess.