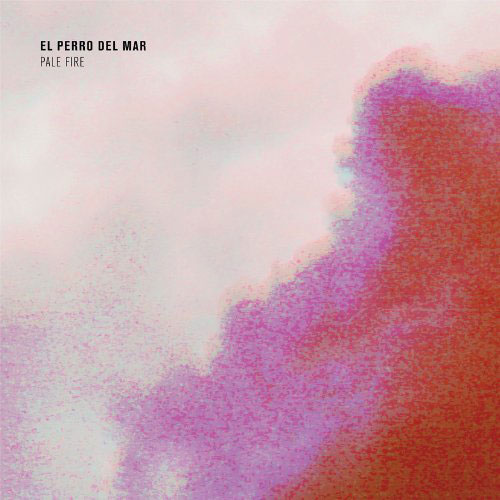 Sarah Assbring’s fifth LP under the El Perro Del Mar moniker is entitled Pale Fire, which is a truly apt descriptor of the album’s 10 tracks – a collection of songs that sputter gently in the distance, but fail to blaze a trail towards anything memorable.

“We can run away from the day,” Assbring gently pleads on “Hold Off the Dawn,” with an obfuscating mist surrounding her voice. Here and throughout the album, these attempts to sound sultry end up buried and lifeless. Even shamelessly upbeat cuts like “I Carry the Fire” get bogged down in over-production, to the point where it’s difficult to understand what Assbring is saying at all, drowning in overabundant echoes and loops. Dark and light are persistent themes on Pale Fire; yet the color that bleeds through the most is an uninteresting shade of grey.

There are glimmers of hope, however. On first listen and even after multiple replays, “Walk On By” proves to be the album’s clear centerpiece. Here, Assbring takes the trip-hop infused gloom of Massive Attack and adds a touch of Lykke Li’s sex appeal, smeared with black eyeliner. Conversely, “I Was a Boy” borders on cute; its bouncy synths add layer upon joyful layer as the track progresses. When the music cuts out, the last line is sung completely a capella: “My best friend was my brother.” Stripped of all other electronic frills, it’s the most honest moment on the album.

One or two more moments like that would have made Pale Fire worthy of more than just a passing glance. Unfortunately, this is one flame that flickers out far too easily.