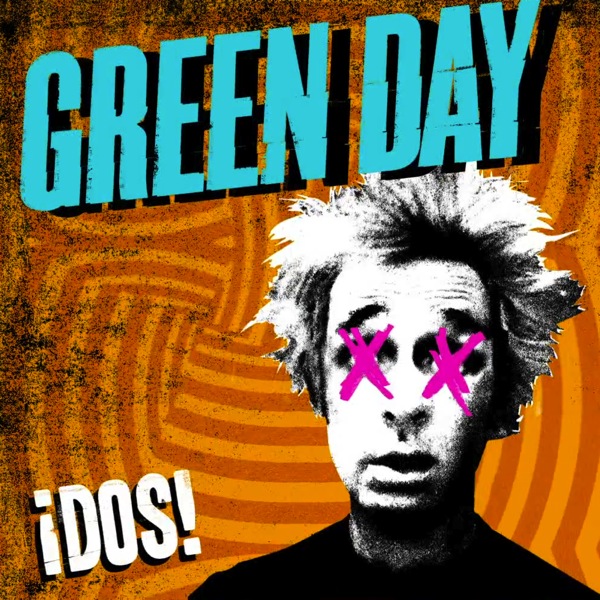 Why does Green Day always make things so difficult for themselves? Since their mainstream breakthrough with 1994’s Dookie, and especially following 2004’s commercial juggernaut American Idiot, the Bay Area trio has raised the bar higher and higher. It’s as if they’re burning through a game of Rock Band — which, incidentally, they’ve commissioned for themselves – attempting to unlock these space-bound career levels that are essentially nonexistent. What started out as the Little Punk Band That Could has transformed into The Modern Rock Band That Felt The Need to Do Everything. Since their rejuvenated success in 2004, they’ve penned a second sweeping rock opera (2009’s amicable 21st Century Breakdown), commissioned a successful Broadway stage production of American Idiot, and become festival headliners worldwide.

Things have changed, though. Now, there’s this lingering sense of malaise to Billie Joe Armstrong’s outfit, and it’s something that washed over the band long before the troubled guy checked into rehab. It stems from the idea that Green Day felt their fans needed three albums within three months, an idea that’s been tackled to death by veterans for years, but never handled with much success. Sure, there’s this year’s Ty Segall, who’s responsible for Hair, Slaughterhouse, and Twins, but he’s neither 20-something years into his career nor trying to be an arena rocker. That’s the problem with Green Day — they feel the need to be bigger and better than themselves.

Here’s what they said verbatim in their press release earlier this year: “We are at the most prolific and creative time in our lives. This is the best music we’ve ever written, and the songs just keep coming. Instead of making one album, we are making a three album trilogy. Every song has the power and energy that represents Green Day on all emotional levels. We just can’t help ourselves. We are going epic as fuck!” Why? Does anyone even want them to be “epic as fuck”? What’s the harm in releasing a standard album? Are they really that worried it’ll fail like 2000’s severely underrated Warning?

Those are questions that elude Armstrong & Co. and that’s unfortunate. Because as hinted with September’s ¡Uno!, ¡Dos! finds the band losing steam, and fast, with a grab bag of workable ideas and a sideshow of horrors. For Christ’s sake, there’s a song called “Fuck Time”, and they’ve even included an awkward hip-hop scat throughout “Nightlife”. The latter is so far-reaching and pathetic that one would consider it mind boggling even as a B-side. It’s the sort of crossover idea a slick in slacks would have suggested in 1996 — think Judd Nelson in Airheads.

There’s an alarming amount of forgettable tracks on ¡Dos! that whisk by unnoticed, too. The locomotive jingle “Ashley” shines in areas, but loses steam midway through, made all the more obvious by the phoned in solo. “Makeout Party” thumbs around Mike Dirnt’s meaty bassline, but Armstrong can’t find the right melody to make it work. “Lady Cobra” feels more like a short segue that would have gelled between ballads on American Idiot or 21st Century Breakdown, but on its own accord, it’s a burner that never boils. The same goes for “Baby Eyes”, a sprawling track that attempts four or five paltry hooks, even aping Van Halen’s solos, all to unremarkable results.

It’s not all Melba Toast: “Stop When the Red Lights Flash” channels some of that Foxboro Hot Tubs ethos, churning out something with a discernible melody that’s adhesive enough to last multiple listens. “Lazy Bones”, the strongest of the bulleted bunch, finds Armstrong yelping, ”I just want to get some peace of mind,” and it’s a rare moment where he sounds like he’s not just reading lines on-stage. And while that’s not his traditional guitar work — more like Albert Hammond, Jr.’s, actually — the verse’s send-off into that ’50s-stripped chorus just juices with harmonies. Later on, they hit 88 mph and return to that decade again on “Stray Heart”, another choice cut that once more recalls Foxboro Hot Tubs, only this single exorcises past Tubs single “Mother Mary”.

That’s about it. Yeah, there’s a great discussion to be had about how Green Day would benefit from a four-track over a glossy Hollywood studio, but that’s too obvious at this point. Instead, let’s just take this for what it is: a second installment of a trilogy. Now, typically a trilogy’s second entry digs deeper and gets darker, exploring uncharted territory and coming out on top despite the loss. (Look no further than The Dark Knight, The Empire Strikes Back, The Godfather: Part II, Spider-man 2, Back to the Future: Part Two, etc.) There’s certainly darkness and terror here (it closes with an uncomfortable ode to Amy Winehouse, after all), though it’s more of a reaction to a variety of choices made by the band than any implied aesthetic. With a lack of depth, a messy focus, and a bloated sense of evolution, ¡Dos! isn’t only a forgettable sequel to a bland predecessor, but a slip down the ladder Green Day has attempted to extend for over a decade.

But why do we fall, Mr. Armstrong?