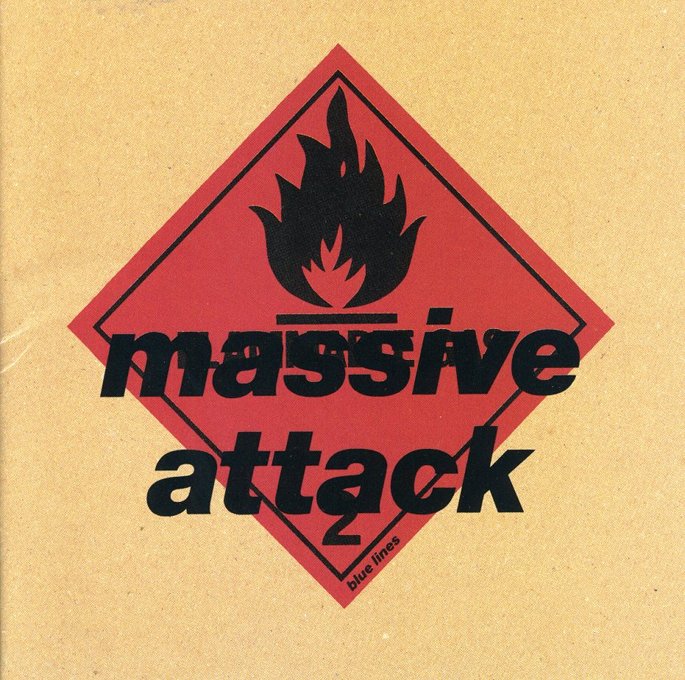 The trip itself matters far more than the destination. The same can be said for trip-hop, whether it’s the trance-inducing trip portion or the hop heightened by hips shaking. Take equal moving parts of downtempo electronica, jam-soaked dub, the gossamer pluckings of club sounds, and the slickest of hip-hop lyrics and splice that with ghostly nostalgia and an equally ghostly group of transients. There. You’ve concocted a semblance of trip-hop in its basic form: Massive Attack.

Massive Attack’s debut Blue Lines, 21 years after its 1991 release, still drips from speakers and seeps underneath your skin in into the blue veins that run from your heart. It’s both a beautiful and alarming phenomenon how an album can have a transformative effect, transcending sound and plunging itself directly into the psyche. So what is it about Blue Lines that curls past the senses and into the subconscious? Perhaps it’s the sumptuous dub crystallized with hip-hop, near-spoken-word entwined with electronica. Or maybe it’s pure sensation, when the hairs on your spine trickle, chilled by the cinematic samplings characteristic of fellow trip-hop pioneers Portishead, bleed from the silver screen and into your ears.

It’s as though Massive Attack materialized from a sort of post-apocalyptic basement somewhere in the bowels of Bristol, as opposed to consciously forming into a band. More curiously, the group has a near-universal appeal, especially astounding with the band’s hyper-specific ability to craft these nocturnal musings through thumping bass. Rotating with members whose names were as mysterious as their almost cult ascent into the dance-club sphere — Tricky, Robert “3D” del Naja — the group encase themselves in an elusive sheen while still retaining a foothold within electronica.

Charged with a shadowy, noir-singed sexuality, the reissued Blue Lines moves the groovers and the swooners all the same. Rumbling and rambling, the bass underlying “Safe from Harm” is the steadily thumping heart of a city slicker twisting underneath alleyways. The long shadows cast from the distant needle scratching records are narrated by the clear, rich vocals of diva vocalist Shara Nelson, particularly with “Lately” and “Unfinished Sympathy”, where an irresistible dance-disco fusion shimmers amidst oscillating prisms of drums and bells. Tricky and 3D’s duet on title track “Blue Lines” flows like a deeply moving conversation, their mantra-esque vocals floating over keys that wrap around your body around in the gauzy fog of two a.m.

The tracks resound with purity despite the complexity that comprise their sonic origins, casting a hypnotic spell onto the listener, who didn’t expect such a beautiful trance. Yet we want that, don’t we? We derive this bizarre enjoyment with a smidgen of fear, being a little freaked-out and slightly jarred out of our complacent states. Blue Lines is pleasurably eerie in the very same way we’re riveted catching a glimpse into Dale Cooper’s nightmares in Twin Peaks. It’s slightly frightening how Blue Lines flows so damn well, just like Coop’s seer-like ability to collect premonitions and translate them into an immediate reality. Resounding with enchanting vocals, a distinctly dusk-singed ambience and a keen precision thanks to its percussion, Blue Lines transcends the spills onto the dance floor and tinny thumps from laptop speakers, possessing a cosmic ability to remain a masterpiece 21 years after its release.