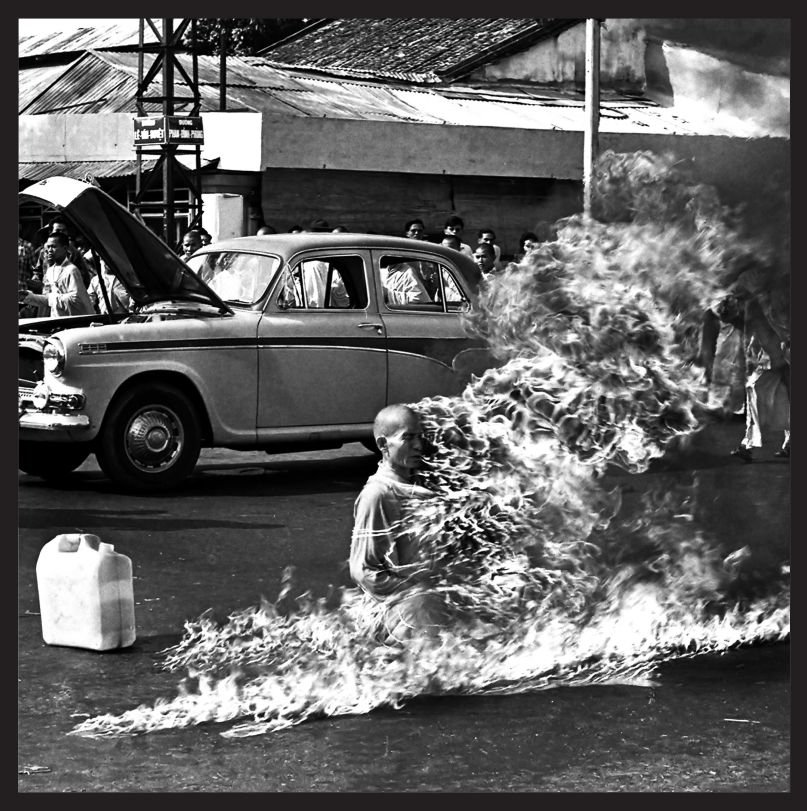 Looking back, it seems like someone was always pissed about something in the ’90s, which is interesting considering the peaceful and prosperous political climate ushered in by the Clinton era. Sure, the budget was balanced and war felt like something of a distant memory, but that didn’t keep scores of Seattle bands from wallowing loudly in their misery or Limp Bizkit from breaking people’s faces.

But while the ’90s musical landscape was inundated with all sorts of prefabricated anger that never really carried weight against an otherwise pleasant cultural backdrop, Rage Against The Machine succeeded where so many others failed, translating their barely contained aggression into something legitimate and tangible. If the rest of the moping grunge rock lot used anger as an angle to sell records, Rage’s 1992 self-titled debut left pretense at the door and opened a vein. Over the course of 10 tracks and 52 minutes, the band reels viciously on everything from cultural imperialism to capitalism, the Zapatista Movement, Mamia Abu-Jamal, and other weighty topics over a propulsive rap-metal-funk sound that would go on to influence legions of imposters.

Now 20 years later, fans are invited to recapture the band’s landmark debut with a boxset packed with unreleased demos, select live tracks, and DVD extras. And while repackaging the album around an anniversary and fattening it with a boatload of supplemental material would seem to go against the spirit of the album, fans will have a hard time getting bogged down on principle when there’s so much untapped music to wade through.

Rage Against The Machine, even after all of these years, still sounds like a blood-thirsty predator hungry to feast. From Zack de La Rocha’s alternately funky, soulful, and downright irate speak/scream vocals to the airtight rhythm section of Tim Commerford and drummer Brad Wilk to Tom Morello’s virtuoso guitar work, the band brings a lot of seemingly disparate elements into its eclectic musical vision. There’s the sociopolitical edge of bands like Public Enemy and The Clash, the bluesy metal leanings of Led Zeppelin and the earnest, unadulterated rage (pun intended) of early ’80s D.C. hardcore heroes like Minor Threat. And yet it all comes together into a startling marvel of a record. The record’s core tracks still stand up, from album opener “Bombtrack” on through the simmering, righteous indignation of “Killing In The Name” until the final hair-raising seconds of “Freedom”. The same goes for deeper cuts like “Wake Up” and “Fistful of Steel”, which still bristle with ferocious authenticity.

The demos that follow the remastered tracks don’t deviate too much from the original studio versions, but there’s a slightly rougher, unpolished quality to them that locks in with the band’s raw nature, and fans will likely appreciate a fresh take on an old favorite, even if the tweaks are subtle at best. Elsewhere, early live versions of “Bombtrack”, “Take The Power Back”, and “Bullet In The Head” bring the band’s impassioned anger vividly to life. When de La Rocha warms the crowd up with a militant lecture on the unjust treatment of Leonard Pelteir at the opening of “Bombtrack” (“Get that spotlight out of my fuckin’ eye, man,” de La Rocha spits without a hint of jocularity), it’s essentially the Rage ethos at work: This isn’t fun and games. This is movement music.

While the bonus material is nice, they won’t likely reinvent people’s appreciation for the record, which is more or less foolproof as it is. But the reissue should call people’s attention back to a record that, over time, has only grown in stature as one of the most vital and enduring musical statements of its era. And with hope for fresh Rage tracks growing dimmer and dimmer with each passing year, fans would be wise to get as much mileage out of the band’s back catalog as they can.

Essential tracks: “Bombtrack”, Killing In the Name”, “Bullet In The Head”, and “Freedom”