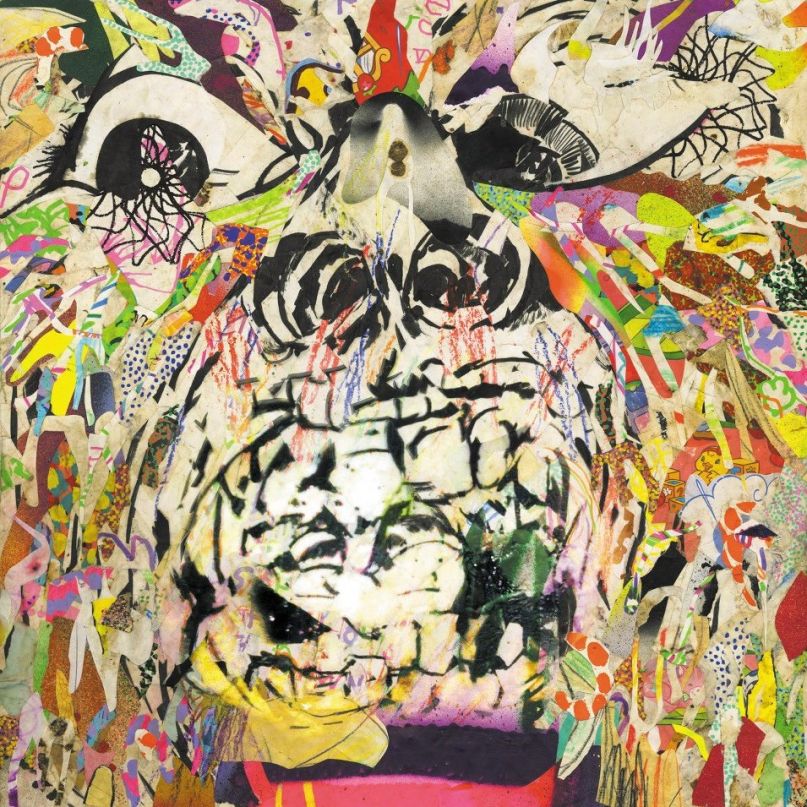 Over the years, The Flaming Lips have come to represent a lot of things to a lot of people, from curious alt rock oddities to psychedelic-inspired chamber pop superheroes. But of the many feathers that rightfully fit in the Lips’ musical cap, “cover band” is a curious one. For a band that prides itself on reaching further beyond the realm of sanity than anyone, doing a cover record just seems, I don’t know, kind of beneath them.

And yet that’s the territory Wayne Coyne and friends seem content to mine as of late; although to their credit, they’ve raised the bar for covers considerably. The band’s 2010 track-by-track cover of Pink Floyd’s Dark Side of the Moon proved that a cover album could, with time, effort, and a dash of madness, be more than a half-hearted retreat into laziness. The key is picking your spots.

On Playing Hide and Seek with the Ghosts of Dawn, the Lips again wisely choose their source material, this time taking on King Crimson’s 1969 prog-rock masterstroke In The Court of The Crimson King. The band only contributes one proper track itself, while like-minded musical weirdos Linear Downfall, Spaceface, New Fumes, and Stardeath and White Dwarfs (featuring the services of Wayne’s nephew, Dennis Coyne) do most of the heavy lifting. But while most of the music is contracted out, Hide and Seek still smacks of the Lips’ tweaked brand of psych rock grandiosity from start to finish. It’s loud and out of its mind in stretches, steeped in quaint orchestral beauty in others, and smothered in other-worldly weirdness throughout. In other words, the band does an admirable job of bringing a hallowed classic rock chestnut into its own orbit.

Linear Downfall kick things off with “21st Century Schizoid Man”, which expands upon King Crimson’s acid-washed stoner anthem by pushing it to new heights of overblown space rock weirdness. And yet it doesn’t feel like the band is making a mess of the original, just extrapolating and building upon its best moments. Hide and Seek takes a similar approach to the rest of the Crimson King, from the highly orchestrated opus “Epitaph” to Spaceface’s groove-laden take on “MoonChild”.

As they did on Dark Side, the bands, working collectively under the auspices Heady Fwends, understand they’re working off of a broad palette with Crimson King. But rather than buckle at the thought of messing with one of rock music’s great sacred cows, the bands– with both liberation and a sense of respect– push the line and re-imagine the record for 2012 while still tapping into the spirit of the 1969 classic. In the end, the record ‘s high-minded prog rock is perfect fodder for the Lips’ epic, overtly theatrical brand of indie pop. Even though 43 years have passed since the original’s release, the songs on Hide and Seek do a serviceable job of bridging the gap.

Word has it that Coyne and his Heady Fwends have eyes for tackling other musical dark horses down the road, with titles such as Can’s Tago Mago and The Who’s Tommy being thrown out as their next cover project. Bold choices to be sure, but if Hide and Seek and Dark Side before it prove anything, it’s that the Lips are most in their element doing the unthinkable and venturing where most other bands wouldn’t dare tread. Maybe the world doesn’t need another take on Crimson King, as it’s more or less fully realized as is. But that doesn’t mean there’s not fun to be had in watching one of rock music’s grand court jesters take a far-reaching stab at it.