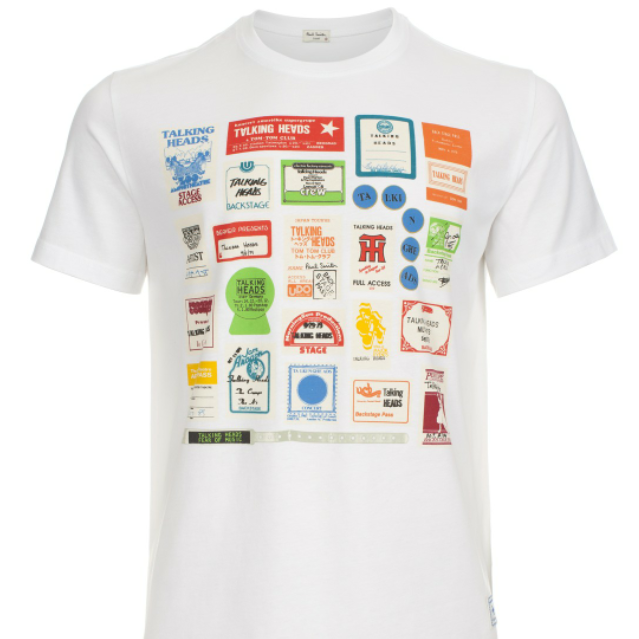 Now you can wear your fandom for your favorite 80’s new wave pioneers right on your chest. Talking Heads and British designer Paul Smith have collaborated on a set of four limited edition t-shirts for Smith’s stores. The “capsule collection” uses material provided by David Byrne himself, such as original art, backstage photographs, and album artwork.

Three of the designs (see above) are currently available. One features Byrne’s original sketch of the boxy suit made famous in Talking Heads’ Stop Making Sense concert film. Another is a collage of backstage passes from the Heads’ many world travels. A fourth t-shirt, due out in December, is said to feature the red masks from the classic Remain in Light album cover.

Byrne and Smith appeared at the designer’s New York store to debut the designs. The three shirts pictured above are currently on sale at Paul Smith’s website. The shirts are priced at $125 a pop, but hey, you get a little button with one  of the Remain in Light faces, too. That alone is worth, like, $1 right there. Hell, fan fashion is priceless, anyway.