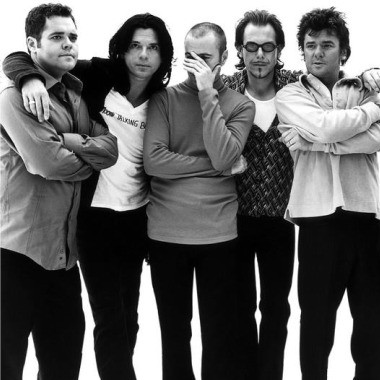 Three decades and four lead singers later, Australian rock band INXS has called it quits. According to the Brisbane Times (via Faster Louder), the group announced their break-up during a show in Sydney on Sunday night.

[Jon] Farriss took over the microphone from lead singer Ciaran Gribbin two-thirds of the way through their set to make the announcement to thousands of fans in the venue.

He said they didn’t want to reveal anything ahead of the concert, but it was “the last time” they would perform together. Farriss thanked the audience for their support throughout the years.

Coincidentally, news of the band’s break-up comes on the 15th anniversary of original singer Michael Hutchence’s death in 1997. Since then, the band has struggled to replace Hutchence, even launching a reality TV show in order to find a new singer.

Despite their tumultuous final years, INXS proved one of Australia’s most successful bands, having sold over 30 million records to date. Their critical and commercial blockbuster, 1987’s Kick, peaked at #3 on the Bilboard album charts and spawned four top 10 singles in the U.S., specifically “New Sensation”, “Never Tear Us Apart”, “Devil Inside”, and “Need You Tonight”. Listen to the album below via Rdio.