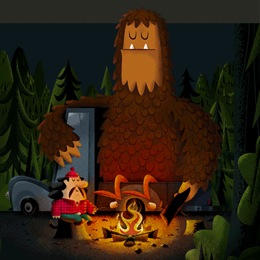 The award-winning Sasquatch! Music Festival will return to The Gorge in Quincy, WA over Memorial Day Weekend 2013, aka May 24th – 27th. The festival celebrates its 12th anniversary in 2013 and promises a lineup catering to the “eclectic tastes of voracious music enthusiasts.” The full lineup will be announced in February.

In time for the holidays, a limited number of specially discounted four-day festival passes will go on sale Friday, November 23rd at 9:00 a.m. PST via the festival’s website.

In the meantime, check out our recap of Sasquatch! 2012 here. And for aspiring artists, we suggest you take a look at this guide.