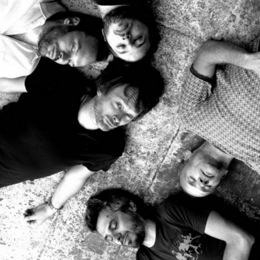 Radiohead fan site At Ease has revealed more details about Atoms For Peace’s debut studio album. The album is reportedly titled AMOK, spans nine tracks, and will be released on January 28th via XL Recordings. The tracklist includes the lead single “Default” and “Judge, Jury and Executioner”, which the band previously debuted live.

Speaking about the project during a recent interview with BBC Radio 1, Yorke said the group was initially formed to tour behind his solo LP Eraser, “but it sparked something off. So we ended up at the end of that getting into the studio and generating some new beats.

Below, listen to the lead single “Default” and its B-Side “What the Eyeballs Did”, watch live footage of “Judge, Jury and Executioner”, and then take a peak at the rest of the tracklist.