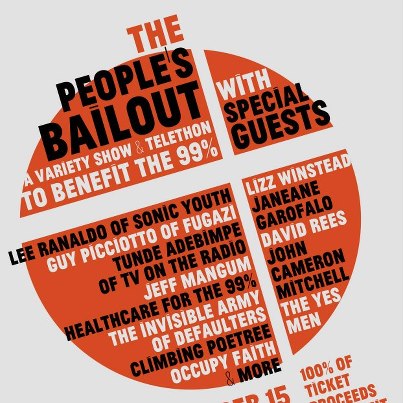 Tonight, Occupy-affiliated organization Strike Debt will webcast a “telethon” live from New York City’s Le Poisson Rouge. The event promises “music, comedy, magic, education, and the unexpected,” all for “a bailout of the people for the people.”

The stream will also feature appearances by Get Your War On writer David Rees, Daily Show co-creator Lizz Winstead, and comedians Janeane Garofalo and Hari Kondabolu.

Strike Debt hopes to raise $50,000 so that “instead of collecting the debt, we will abolish it and help free the debtors!” There will be an option to donate digitally.

Tune into Rolling Jubilee for the telethon’s opening at 7:00 p.m. EST.