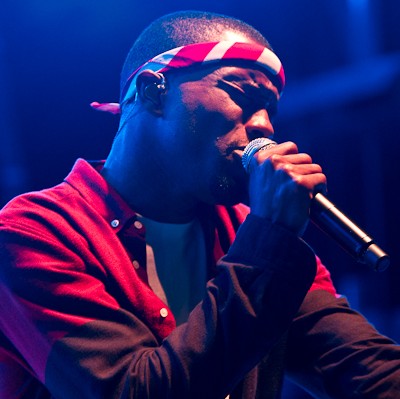 The nominees for the 2013 Grammy Awards were revealed tonight in Nashville, and it looks like the committee has spent some more time on the blogs. Arcade Fire and Bon Iver were big winners the last two years, and Frank Ocean, The Black Keys, Alabama Shakes, Miguel, and Florence and the Machine will have a chance to follow suit in 2013.

Frank Ocean had one of the biggest nights, earning nominations for Album of the Year (channel ORANGE), Record of the Year (“Thinkin Bout You”), and Best New Artist. Frank’s Tumblr post probably sums up his night best.

Along with Frank Ocean, Jack White (Blunderbuss), Mumford and Sons (Babel), and The Black Keys (El Camino) are nominated for Album of the Year.

Among the other notable categories:

Best Rock Song nominees include The Black Keys’ “Lonely Boy”, Jack White’s “Freedom At 21”, Mumford and Sons’ “I Will Wait”, Bruce Springsteen’s “We Take Care Of Our Own”, and Muse’s “Madness”.

Producer of the Year nominees include The Black Keys’ Dan Auerbach and Diplo.

Click here to see the complete list of the 2013 Grammy nominees. Winners will be revealed February 10th in Los Angeles.

Check back tomorrow for a special episode of Rock It Out! Blog, where Managing Editor Jeremy D. Larson predicts the winners of the 2013 Grammys.