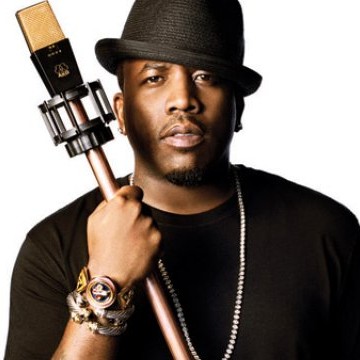 Antwan André Patton has many nicknames — Chico Dusty, General Patton, Daddy Fat Saxxx, Hot Tub Tony, Sir Lucious Left Foot, even Francis the Savannah Chitlin Pimp — but the world knows him best as Big Boi. As one half of hip-hop phenom OutKast, Big Boi along with his partner, André 3000, blazed trails both in and outside the genre. After putting the band to rest, Big Boi did the exact opposite, guest appearing with the likes of Killer Mike, Sleepy Brown and more, working on a solo debut (2010’s Sir Lucious Left Foot…The Son of Chico Dusty) as well as releasing Got Purp? Vol 2, a mixtape showcasing his Purple Ribbon label.

Now, after a string of delays and six already released songs, Big Boi is ready to finally release his second solo effort Vicious Lies & Dangerous Rumors on December 11th. Consequence of Sound recently caught up with General Patton to discuss his new album, its string of collaborators, the importance of family both personally and professionally, and how one gets to the inside of a Tootsie Pop. He also offered updates for his rumored collaborations with Phantogram Modest Mouse, and Kate Bush.

After some delay Vicious Lies & Dangerous Rumors is finally hitting stores on December 11th, but youve already released six tracks. I can remember when artists would take up to two years to release six tracks. What is the reasoning behind revealing so much before the album comes out?

Its all killer, no filler. Ive got 17 songs on the record. I was able to do that because everything is high powered. Im still not missing nothing out of the bunch. It just gives the listener a chance to sample the product. [Michael Jacksons] Thriller was only nine songs. If I only had nine songs then I wouldnt have done that much, but I have so much material that I think is great that I was able to give them more and they still havent heard the best yet.

You’ve said that the title came from your grandmother and a book she was going to write about her life and fight with cancer. Its also my understanding that your children have had a say in what you do in your work. I imagine family is important to you in your personal life, but how does family play in your music and what you create professionally?

Its my foundation. Its always family and God first. To have that kind of support, my kids are like my secret A&R. Like the beats for the album, they would take them to school and theyd be like, Daddy you need to do that song. I take them to football practice and theyd be like, Hey, daddy, when are you going to put some words on this song? They listen to everything. Those are some of the songs Ive gravitated towards and theyve helped me since the days of Bombs Over Baghdad.

Are you gearing them up to be musicians themselves?

Youve said that this album was fun. In fact, you’ve used that word often when describing this albums creation. How did it differ from your debut?

I guess the debut was kind of grueling with the creative differences with the label and things. After I came out and the last album was critically acclaimed, they were kind of like, Okay, this guy knows what hes doing again after he went Diamond, so now well trust his judgment. Def Jam has been great facilitating me getting my music to the public and I really appreciate that.

Do you think some of that difficulty with the label came because they werent sure how youd do as a solo artist?

Probably, probably so. They probably didnt know this shit was still high powered cobra venom potent. They didnt know I had the snake venom over here.

How often do you write if youve already got nine songs going into the next one?

All the time. Even when Im touring and things like that. When Im at home I spend a lot of time at the studio, where Im at now actually. Phantogram is in here recording their album at Stankonia. They came to get some of this stankness. It dont stop. I just mastered my album two weeks ago and Phantogram said [they] were coming for another week and I was like, Shit, I gotta be there. So Ive been in here with them for the past couple of days and their new shit sounds fucking incredible.

You co-produced at least half the beats on Sir Luscious. Did you retain a similar role this time out?

Yeah, I co-produce every song on the album. Theres no song thats on there that I didnt touch and just had a really good ass time doing it. Being a writer and a producer is a heavy load, but its definitely a lot of fun.

I read that you were worried that when you had to travel to New York to do press for the album that you werent going to be around to master. Is that a concern for you? Do you like being in the studio over the entire process or can you relax a little bit?

Yep, yep, yep. Down to the very last drop. Its like a baby  you want to see it all the way through but I had to go start press so my partner Chris Carmouche took care of it all. It really turned out the way I wanted to so its good.