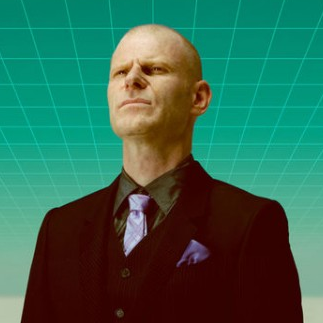 Tom Holkenborg, a.k.a. Amsterdam-based producer Junkie XL, in addition to his latest album Synthesized has soundtracked EA video games The Sims 3, DOA: Dead or Alive, and Kingdom of Heaven, and worked with Mr. Hans Zimmer on films such as Inception, Madagascar 3, and The Dark Knight Rises. The Dutch DJ shared with us some of his favorite scores from the silver screen — from Zimmer’s work to the damn theme from Shaft. Check out Holkenborg’s liner notes below, and subscribe to the playlist on Rdio.

Ennio Morricone - “Deborah’s Theme” from Once Upon a Time in America
One of the most beautiful melodies ever written in film-scoring. Very simple but very effective.

Don Davis – The Matrix Score
The first time modern and current electronic dance music was combined with orchestral colors in a way that worked.

John Barry - Dr. No Score
The first James Bond film and BY FAR the best score ever done for a Bond movie. For some reason John Barry was not credited for this score, but did actually create the music.

Vangelis - Blade Runner Score
Another classic score all done with synths from 1982. If you listen to it now, perhaps a little to 80′;s in some parts, but mostly classic

Jerry Goldsmith - Alien Score
Minimal but such an exquisite score. And still modern, even today.

Hans Zimmer – Thin Red Line Score
Before release maybe his most anticipated scores. He delivers on all fronts. So much tension and drama

Carter Burwell – No Country for Old Men Score
Really nice score that plays with all your musical senses without distracting you from the film.