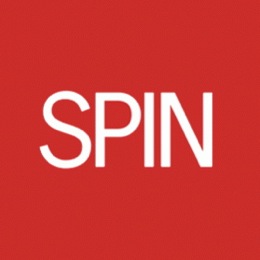 SPIN magazine is the latest victim of print media’s rapid decline. After more than 25 years in existence, the music magazine has ceased publication effective of December 2012.

SPIN previously announced that there would be no November/December issue as its new owner BuzzMedia determined “exactly how print fits in with SPINs multiple distribution points and growth initiatives.”

But now, as The Daily Swarm points out, subscribers of SPIN were recently informed that the magazine has permanently ceased publication. As a consolation (?), Car and Driver magazine promises to service subscriptions in full for the remainder of their term.

Update: SPIN has confirmed the news on its website:

“Following the September/October issue, SPIN has halted publication of our print edition to invest more deeply in our digital properties, including SPIN.com, SPIN Play for iPad, and SPIN mobile. SPIN has been a pioneer in music journalism since 1985 and we hope youll continue to enjoy our leading editorial, photographic, and multi-media content online. Special arrangements have been made with alternative publishers to fulfill your SPIN print subscription for the remaining term: you will automatically receive your new magazine in the mail, with the option to ask for a full refund. We appreciate your patience during the transition of your subscription.”

SPIN joins a list of defunct music magazines that includes Paste, Blender, and Vibe, among others.