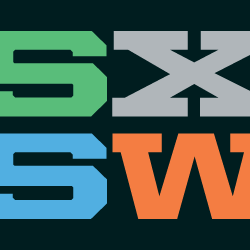 Registration for SXSW 2013 is now ongoing, with various types of badges to chose from. Click here for all the details.