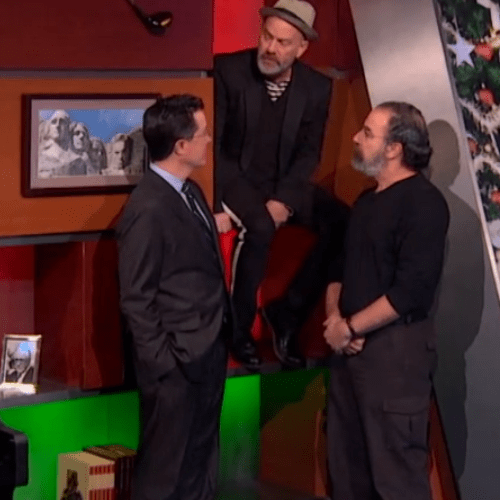 Michael Stipe actually performed twice on television last night. Along with his duet at 12-12-12, Stipe appeared on The Colbert Report, joining Stephen Colbert and Homeland’s “Saul”, aka Mandy Patinkin to sing the Christmas carol “Good King Wenceslas”. Not sure you knew this (because I didn’t), but Patinkin is a noted tenor singer who’s appeared in several musical productions, which may explain why he fucking nails his part. Watch the replay below.

An interesting side note, especially pertaining to Stipe’s surprise performance at 12-12-12: In an interview with Fuse, Stipe said he initially turned down Chris Martin’s invitation, explaining that he doesn’t make music anymore and has “some form of stage fright.”