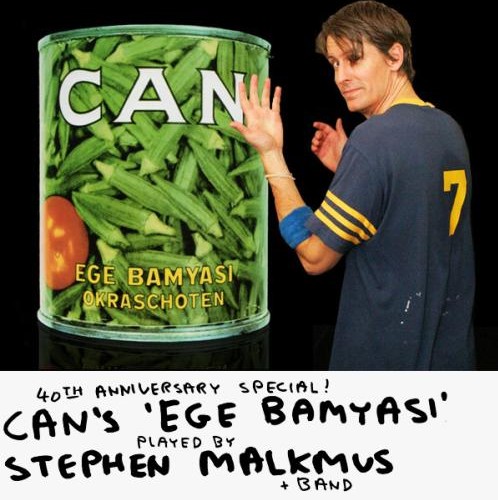 Pavement great Stephen Malkmus recently found himself at the Week-End Fest in Cologne, Germany, covering Can’s legendary album Ege Bamyasi in full. Pitchfork points us to three clips of the performance in the form of “One More Night”, “Pinch”, and “Soup”.

Malkmus’ performance came in celebration of the album’s 40th anniversary, and he was accompanied by the Cologne band Von Spar. A full-length concert film is reportedly in the works.