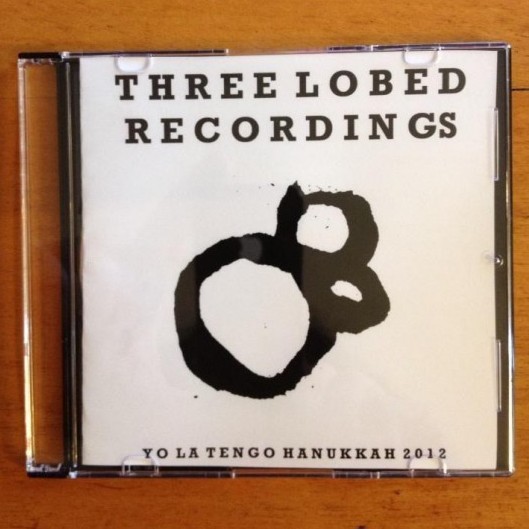 As part of their annual Hanukkah residency, Yo La Tengo’s three members — Ira Kaplan, Georgia Hubley, and James McNew — curate exclusive mixtapes to be sold at each of the eight shows. This year, the band will also be selling copies online to benefit Brooklyn’s North Records warehouse, which was damaged by Hurricane Sandy.

As Kaplan explains (via Matablog):

As weve done the last two years, were going to make the mixes that Georgia, James and I compiled available to you the downloading public for 24 hours: noon Friday December 21 until noon Saturday December 22, and thats eastern standard time. These are drawn from our record collectionsthe music is not BY us, just SELECTED by us.

Each download will cost $10 and every penny will be donated to our pals at Norton Records, who were very nearly wiped out by Sandy. (Read all the grisly details here.)

In addition to the mixtapes curated for each show, the band is offering two “custom mixes from the incredible Norton catalog, one compiled by Miriam Linna and one compiled by Billy Miller.” Each mix will be available digitally for 24 hours beginning at Noon EST on Friday, December 21st via the band’s website.

Below, you can watch footage of Yo La Tengo and special guest Andrew Bird covering The Velvet Underground’s “Heroin” during night seven of the 2012 residency. And don’t forget: Yo La Tengo’s new album Fade arrives January 15th via Matador.