A Historic Month in News 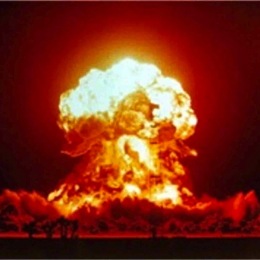 Consequence of Sound wrote about all of these acts during the month of January 2013.

Many things keep me up at night — most of which relate to my absolute fear of death. But if you’re a music news blogger and have never been panic-stricken at the thought of Radiohead dropping an album while you’re asleep — then, well, you’re in the wrong business. In the year of our Yorke 44 — where for better or worse, a news story’s shelf life is about 28 minutes — there are times when writing a story is like that final scene in Golden Eye 64. It’s a race against the clock as you fight off sweaty palms and momentary aphasia in hopes of clicking publish before Alex Trevelyan can restore the GoldenEye satellite.

We were faced with this scenario quite often over the last 31 days. That’s because January 2013 was arguably one of the most historic months in music history.

Collectively, David Bowie, Daft Punk, The Knife, and Justin Timberlake haven’t released an album in 31 years. All four acts announced new releases in January 2013. If you add in My Bloody Valentine, that number becomes 52 years.

OutKast, Destiny’s Child, and The Postal Service all reunited in January 2013. Even if André refuses to acknowledge it, Big Boi’s remix of “Pink Matter” marks the first track to feature both members of OutKast in three years – and the first ‘official’ release in six. All three members of Destiny’s Child, however, willingly participated in a reunion proper, recording their first track together since 2004. And after years of pleading from every single high schooler who graduated in the roaring noughties, Ben Gibbard finally decided to reunite The Postal Service.

January 2013 also marked the return of Depeche Mode, Phoenix, Yeah Yeah Yeahs, Vampire Weekend, and The Strokes, who all laid out plans for new albums and festival appearances. Prince or someone associated with Prince joined Twitter and opened a vault of unreleased material, while hip-hop super group Deltron 3030 signed up for Facebook to stream their first new single in over a decade.

In January 2013, The Replacements began taking bids for their benefit EP, Songs For Slim, marking their first release in seven years. Two versions of Black Flag reunited on the same day, and The National became an arena band after booking a concert at the 18,000 capacity Barclays Center.

And in January 2013, Broken Social Scene returned from a three-year hiatus, Tom Waits appeared on The Simpsons, Ty Segall formed yet another band, Coachella and Primavera Sound unveiled their lineups, The Mars Volta broke up, Dave Grohl continued to be an insomniac, and Morrissey got an ulcer.

Congratulations to the readers whose hearts didn’t give out from excitement and to the bloggers whose sanity’s still in tact. We all just witnessed history, and there’s nothing I want to do more than give Natalya a hug.