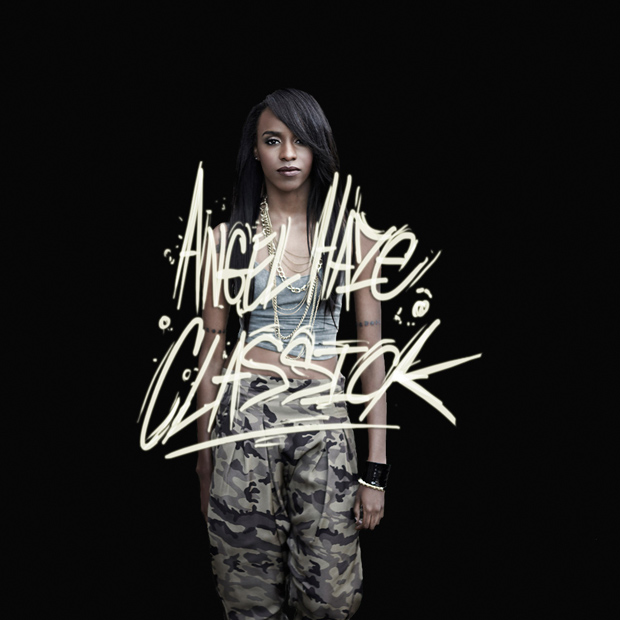 Angel Haze’s rendition of Eminem’s “Cleaning Out My Closet” is difficult to hear. Barely 21, Haze raps unequivocally about being raped in her childhood. The cruelty unfolds: “He whipped it out and sodomized and forced his cock through my gut.” She adds disclaimers like “I solemnly swear that this is the truth”. Prefacing the visceral memories as if she’s apologizing for bad manners at the dinner table emphasizes her age.

Haze knows that in order to bring us (“fuckers”) into her mind, she can’t temper the details: “I know it’s nasty, but sometimes I’d even bleed from my butt.”

After that line, the tempo quickens and our narrator takes a sharp turn. Haze’s steady cadence is derailed. The mini-bridge begins: “I thought of offing myself, I thought of killin’ these niggas.” She’s got her hand on her pistol now, but we’re not sure where it’s pointed. The song is unlikely for someone of her age, because her hostility combats a morose reflection beyond her years: The sour unfairness that the pain is hers to reckon with, and hers alone. Here, she actually sounds quite a bit like Eminem.

“Cleaning Out My Closet” is the clear standout on Haze’s EP, Classick, because she molded the original through her own clenched fists. The track provides a notable context for three other songs on the EP:  “Bitch Bad”, by Lupe Fiasco, “Song Cry”, by Jay-Z, and “Doo Wop (That Thing)” by Lauryn Hill. Although these songs are musically diverse, they all examine the way men treat women in African American communities. Jay-Z apologizes for his neglect, Hill warns women against it. Fiasco, in 2012, points out some misguided terminology (“Bitch bad, woman good”) albeit in caveman-speak.

Haze’s confident freestyle compliments Jay-Z’s braggadocios Blueprint days the best, even though her attention given to Badu and Hill imply that beneath the gritted teeth, she’s a singer at heart. Haze has a lot of layers to work through before she finds her voice and part of that work might involve investigating complicated relationships. The lack of electronic theater – emphatic whooshes, the fragmented vocals – that so many of her peers utilize in favor of standard story-arc emceeing suggests that Haze invests more in her poetry than her producer. Given her penchant for honesty, a minimalist approach is a promising model for this breakout artist.

Haze’s success will depend on how closely she practices what the good Reverend Elliott preaches on “Gossip Folks”, a song Haze has fun covering on Classick. Her ability to poke fun at herself reveals that Elliott’s glass-Adidas may be a perfect fit. But Haze recently escalated a petty – and public – fight with her peer Azealia Banks via Twitter, and attempted to legitimize the hatred by releasing a pair of diss tracks aimed at Banks. Not Haze’s most flattering moment (though you can’t deny she plays a killer offense). Haze must aim her acrimony at a worthier target — and we can’t wait for her to find it.