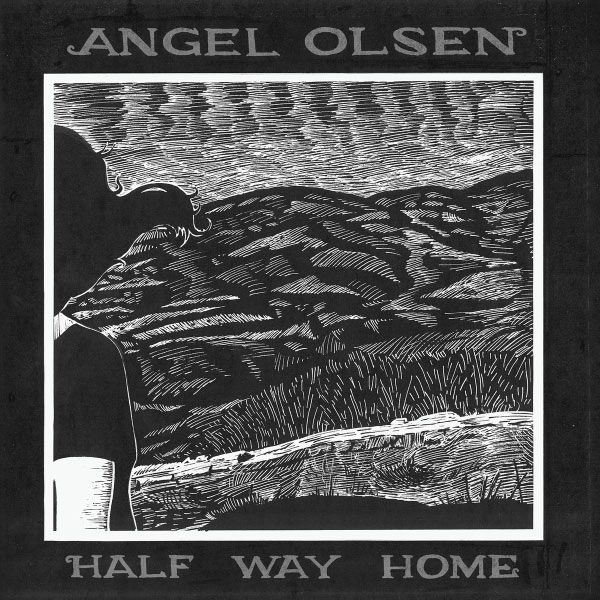 The title of Angel Olsen’s Half Way Home – three words, not two – is lifted from the album’s sixth track, “Always Half Strange”. Maybe it’s worth taking note, then, of the other half: “It’s always half strange to believe in anything/ Half way insane, and half way home in your arms”. The Chicago singer-songwriter and Will Oldham affiliate perpetually teeters on the edge of losing it on her debut LP, always sounding ready for a halfway home before gathering herself again with the thought of the only certainty she knows, and the one thing that remains clear throughout Half Way Home: Olsen is helplessly in love, and just as helpless to the torments that come with.

The most immediately striking part of Olsen’s sound is her ability to sound comfortable within her traditional folk melodies one second, and fucking possessed the next. “I love the way you take a walk/ and all the things that you see with your eyes/ Oh, to be that distant thought/ some growing meaning in your mind”, she pines on opener “Acrobat”, her voice gentle and composed before spiraling into a terrifyingly convulsive, unmistakable vibrato as her song takes a hard left towards atonal and her words towards unhinged: “I am life.”

Olsen’s white-hot volatility isn’t the main story of Half Way Home, but more the engine that carries her equally remarkable sense for folk- and country-based arrangements into something far less definable; even “anti-folk” is shallow in comparison. When you put the two together, out comes one of the most curious and exciting young voices currently emerging from the Americana realm.