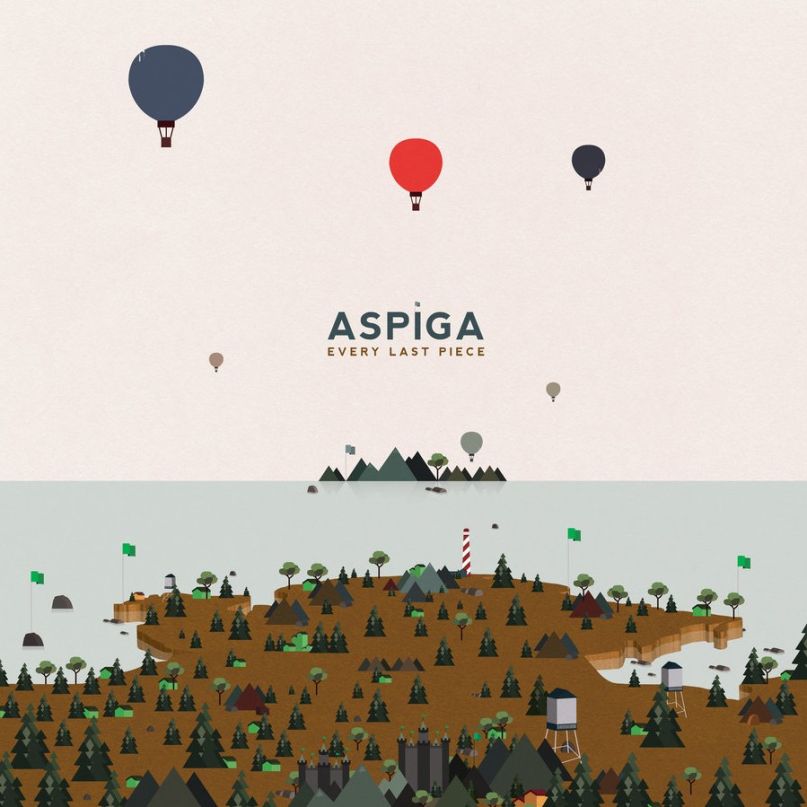 Aspiga is ready to burst. That’s the main takeaway from the New Jersey indie punk band’s latest album Every Last Piece. The album is a surprisingly short 25 minutes of pressurized self-loathing, dissatisfaction, and machine gun drumming that begs for collapse by the end. The sheer consistency of tempo might just be the most prominent feature of the album, along with a self-awareness of the bitter vibes that flow freely — it’s a stormy album.

Early on, lead singer Kevin Day alternates between sounding detached and invading one’s personal space with angst. “I discovered that I hate myself,” he belts repeatedly on the aptly-titled “Welcome to the Sympathy Party”, while he insists “you’re not haunting me” on “Winter Cleaning”. With this limited rapport, Every Last Piece continually revs to the top bounds of frustrated energy, resulting in a piece that registers with little to no emotional range.

One brief moment where the album does take a second to breathe is on “Users”, which starts off with a guitar line loaned out by Death Cab for Cutie circa 2001. Still, it’s a welcome 45 second break that allows for a shift in tone that’s more melancholic than manic.

Yet those manic moments keep on coming. “On the Defensive” crystallizes a moment after a fight, leaning on the ugly feelings that come from the deterioration of a relationship. Everything feels rotten. Day sings, “I make myself so damn sick.” But with Every Last Piece, the illness is fleeting.