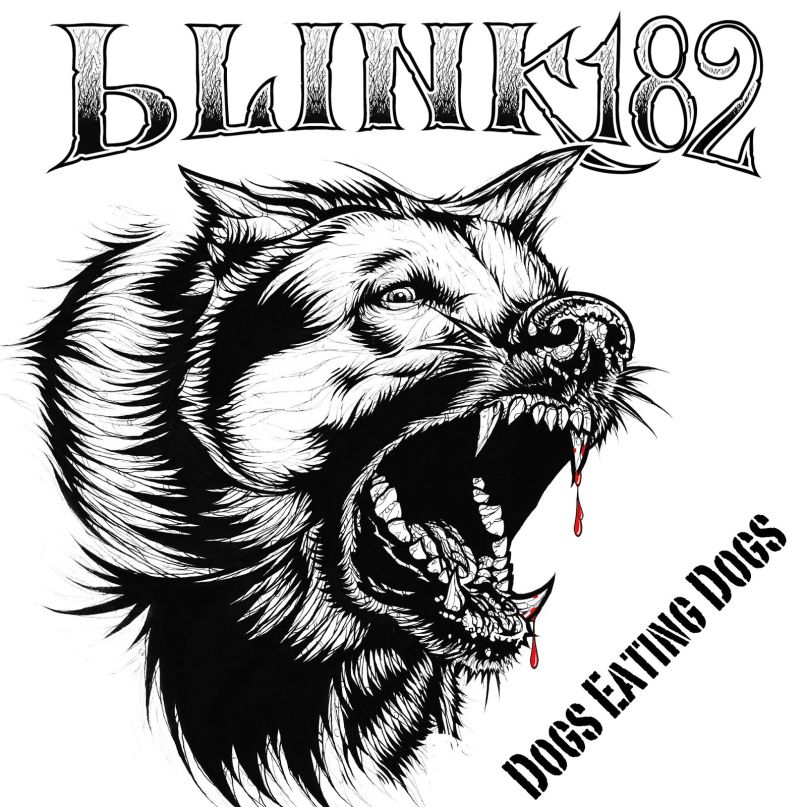 Synthesizers don’t mean maturity. They don’t mean intelligence and they certainly don’t mean better music. The same goes for drum loops, guest rappers, and anything else not seen in the typical repertoire of a pop punk band. All of these musical elements can enhance the strong stuff that’s already there, but at the end of the day, a good song is a good song, regardless of how much the artist has matured in their own mind.

Blink-182′s been on a quest for adulthood since their 2003 self-titled album. The newfound atmospherics — hip-hop tinged interludes, NASA transmissions, and Robert Smith — were effective because the meat and potatoes of what made the SoCal legends great remained intact: boredom-bucking energy, believable turmoil, and big, catchy choruses. Their last release, 2011’s Neighborhoods, had its moments, but many of the dramatic points felt forced in their aggression, despite the band having experienced real-life tragedy. The stakes somehow felt higher when Mark Hoppus and Tom DeLonge sang about pranks and unrequited love rather than death and addiction. Even more alarming, DeLonge’s hook-finder seemed to be fading fast.

On Dogs Eating Dogs, it’s completely burned out, and none of the EP’s experimental flourishes — not a pipe organ intro to album opener “When I Was Young”, and definitely not an awkward appearance by Yelawolf on closer “Pretty Little Girl” — can bring it back. This wouldn’t be so much of a problem if the vocal and lyrical duties were split between the two singers. But, as with Neighborhoods, the eternally nasal DeLonge takes the lead on all five tracks, with Hoppus usually tackling the chorus and, on one song, half of the verses. Whether it’s a result of a shift in writing responsibilities or DeLonge wanting to bring the band to the laughably melodramatic heights of Angels & Airwaves remains to be seen. Either way, DeLonge’s forgettable chord progressions feel like an afterthought to lyrics that try too hard to fit into Blink’s more morbid adult persona of late: “It’s the worst damn day”; “I’m scared of the dark, my friends”; “It’s sad how far you ran.” You get the idea.

Unsurprisingly, Dogs Eating Dogs‘ sole bright spot is the title track. Aside from a large portion of it being sung by Hoppus, whose fuller voice has always been better suited for despair, it’s also the least fussy song of the batch, relying solely on tightened momentum, sugary harmonies, and Travis Barker’s plummeting fills. On their next full length, hopefully Blink-182 will realize that being mature often means being simple.