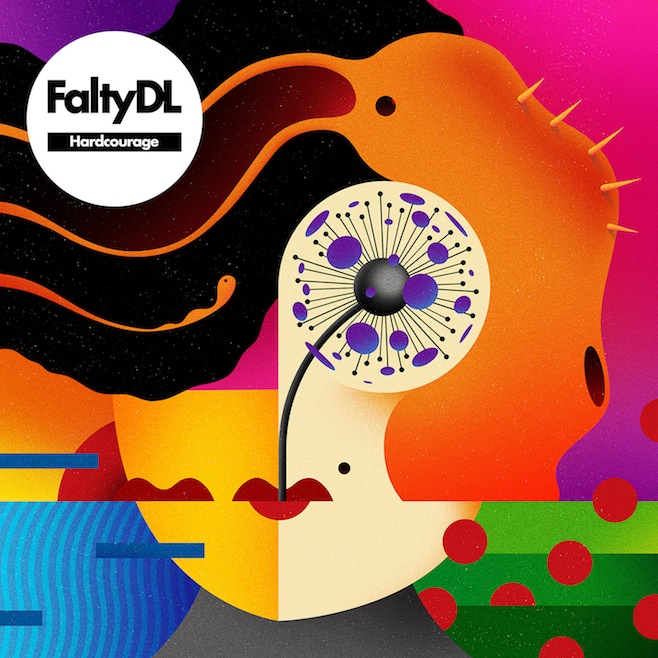 The globe-trotting, genre-hopping producer extraordinaire FaltyDL, aka Drew Lustman, doesn’t seem capable of saying “no” to an opportunity. Since his debut on Planet Mu in 2009, Lustman has been involved in countless projects, from collaborations to solo material. So far, the “yes” man’s energy has shown no signs of flagging. Only one question remains: who is he?

Lustman’s elusive identity is part of his hard-earned mystique as one of electronic music’s most subtle producers. The ability to remain undefinable in such a transformative musical realm is not only difficult to achieve, but it’s a rare goal.

Hardcourage, the first FaltyDL album on Ninja Tune, is also Lustman’s first full-length since 2011. The album features a broad range of influences, from the Scandinavian-esque “Straight & Arrow” to the hip-hop-based “Kenny Rolls One”. Lustman also incorporates qualities of modern dub music throughout the record, such as inverted falsetto and chopped bass rhythms. There’s even a song that dabbles with chiptunes (“Korban Dallas”).

The album’s best is “For Karne”, a song that’s lush with studio-based orchestration: emphatic synths, gentle xylophone scales, and trip house-esque refrains. It’s a frenetic blend for sure, but Lustman’s final product is anything but muddy. Instead, Lustman’s songs portray a spectrum of nuance. So, if you’re a discerning fan of electronic music, you don’t want to skip this album.