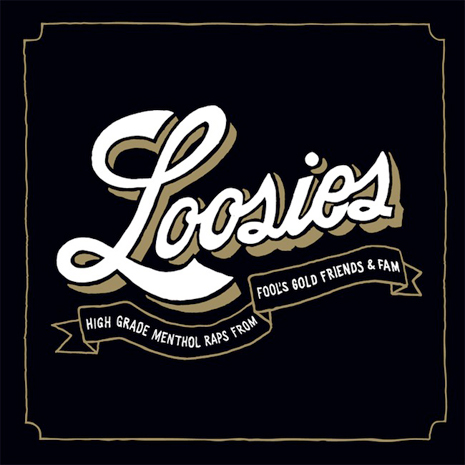 Following the death of Beastie Boys co-founder Adam Yauch, producer Tommie Sunshine made a heavy statement via Twitter: “I believe atrak is the only one who is truly capable to make the definitive beastieboys tribute.” The statement not only sheds lights on the Fool’s Gold co-founder’s knowledge of hip-hop, developed during his time as an award-winning turntablist, but his ability to redefine that genre for a new generation of hip-hop heads.

Although that tribute disc has yet to come to fruition, A-Trak is spreading his love of underground hip-hop with the lengthy Loosies collection. Curated alongside fellow Fool’s Gold co-founder Nick Catchdubs, the 22-track release spans from jazz-laden rap endeavors to electro-trap rowdiness, but offers little more in substance beyond reefer analogies, rhymes about a large variety of bitches, and chasing a dollar in the sunshine of SoCal.

Donnis (“Knockout”) and Freddie Gibbs (“All Kinds”) are consumed with the wealth of females they have acquired, but Detroit’s Danny Brown is focused on just one redhead: “Molly Ringwald”. Sometimes inaudible, the high-pitched rapper’s lyrical obsession compliments the darkness of araabMUZIK’s low-end fury. It’s a darkness shared by producer DJ Two Stacks on Gita’s “Let That”, the sole track led by a female vocalist. Over the track’s waves of broken sub-bass, Gita flaunts her own abilities while attacking the industry’s womanizers and their prizes. The beats smooth substantially during the multiple collabs courtesy of The Cool Kids’ Chuck Inglish, including “Four 12s” and the Cassie Veggies-featuring “Sauna”.

The album is a collection of their friends’ talents, but it’s stolen by the Fool’s Gold founders. The remix of “Piss Test” capitalizes on the evolution of trap music, and the Catchdubs-produced “Tip Jar” is a hysterical personal account of a broke clubber. Let’s hear how the others respond in 2013.