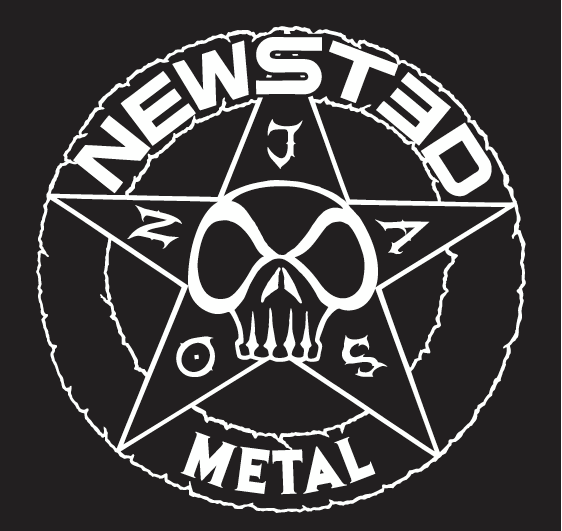 For years, Jason Newsted was a follower — a bass player at the mercy of his bandmates. When he joined Metallica in 1986, he replaced the irreplaceable Cliff Burton, who died in a bus accident earlier that year. The odds were against Newsted: Metallica fans had no reason to like him and neither did Metallica. Notice how the bass on 1988’s And Justice for All…  is nearly inaudible. It’s rumored that James Hetfield and Lars Ulrich snuck into the studio and turned the knobs down on all of Newsted’s parts before the LP was pressed.

This animosity came to a breaking point in 2001, as famously documented by Some Kind of Monster. With Hetfield and Ulrich’s egos threatening to engulf the band, Newsted quit. He joined sci-fi thrashers Voivod a year later and lasted eight years before leaving the group.

Now, he’s singing, playing bass, and writing songs for his own band. The trio’s debut EP, aptly titled Metal, is only four tracks long. But despite its brevity, Metal hits harder than anything Metallica’s recorded in the past 20 years.

Opener “Soldierhead” is a rigid crusher; Newsted speed-slaps his bass before letting us hear his metal voice for the first time. He snarls like Rob Zombie, and his inflection mimics that of Voivod’s Denis Bélanger. The lyrics are cheesy but forgivable: “Demon-scene hellscape / Try to not get dead.” Stylistically, there’s not much variation between the four tracks. “Godsnake” and “Skyscraper” share stop-start rhythms and lyrics about war and destruction (it is Metal, after all). Six-minute centerpiece “King of the Underdogs” sounds like it was written as a middle finger to Hetfield and Ulrich, the musical equivalent of saying, “Fuck you guys, look what I can do.”