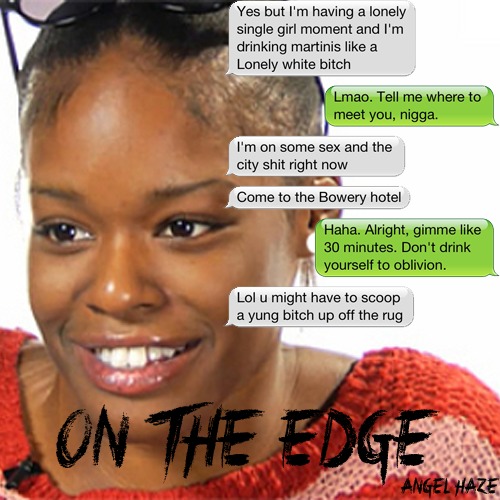 On Twitter, if you follow both our 2012 Rookie of the Year Angel Haze and Azealia Banks, then this afternoon you likely witnessed an exhaustive back-and-forth between the two rising rappers, chock full of the worst insults and slurs, all stemming from Azealia’s apparent accusation of Angel not being a real New Yorker. RapDose has compiled all the tweets — or, you could just listen to this new diss track cooked up by Angel entitled, “On the Edge”, produced by Diplo. The artwork is up above and I guess alludes to a claim made by Azelia that she rejected Angel’s sexual advances. Ok? Ok.