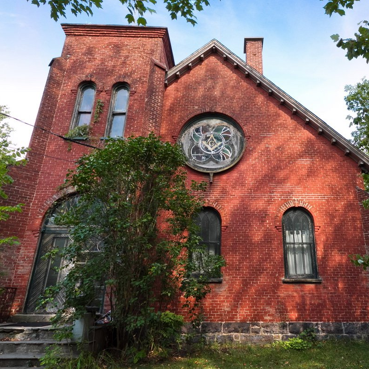 Anyone want to buy a church previously owned by Arcade Fire?

Yes, the defunct church in Farnham, Quebec, which the band purchased in 2005 and converted into the studio where they recorded Neon Bible and The Suburbs, is on the market. In fact, the band tweeted about it this afternoon, writing, “Anybody want to buy a church?”

It needs a new roof (which was one of the reasons the band since moved to a new church). However, according to a real estate listing, this “very private church located on a quiet side street of the village” does have three bedrooms, two bathrooms, a common room, a laundry room, a storage room, a mechanical room, that renovated basement-turned-recording-studio, lots of trees and greenery, and “the entire volume of the nave is intact.” And let’s not forget the history!