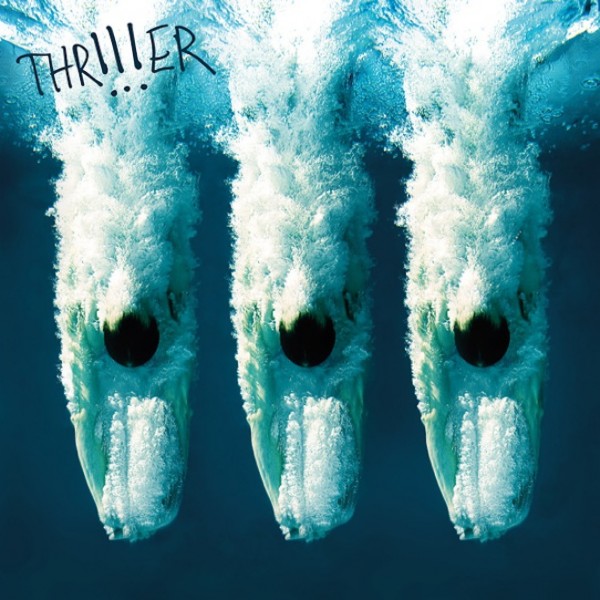 Over the course of many long van rides and post-coffee verbal riff sessions, Thriller didn’t merely come to represent the selling of a lot of records…it became synonymous with an artist(s)’ and/or genre(s)’ artistic high-watermark. INXS’ Kick is the Australian Thriller…Alanis’ Jagged Little Pill is the Canadian Thriller…Wham!’s Make It Big is the blow-dryer’s Thriller…every recording by the 13th Floor Elevators is the dosed-man’s Thriller…”Sister Ray” by the Velvet Underground is the Thriller of musical fever dreams. One day at the studio, Nic [Offer, vocalist] drew THR!!!ER on a napkin and I liked it…then we made our THR!!!ER.

The nine-track effort will be released through Warp Records. Check out the tracklist and the album trailer below.