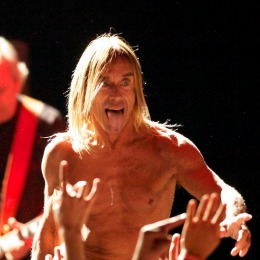 According to HitFix, Iggy Pop and the Stooges have finished recording Ready to Die, their first studio effort since 2007’s The Weirdness. The album marks the return of guitarist/producer James Williamson, who last logged studio time with the illustrious punk band on 1973’s Raw Power and rejoined The Stooges following guitarist Ron Asheton’s death in ’09. Asheton’s brother Scott plays drums while the legendary Mike Watt lays down the bass.

Longtime Stooges collaborator Ed Cherney mixed the album and told HitFix that it sounds like classic Stooges. “It’s raw. They’re great songs, but not necessarily big choruses. They’re the anti-christ of anthems,” Cherney explained, adding that the lyrics are “very timely. [Iggy Pop] knows what he wants to say. He’s watching the world around him.”

A release date hasn’t been revealed yet, though confirmed track titles include “I Got a Job But It Don’t Pay Shit” and “Gun”.

In related news, Iggy Pop is featured on the new compilation Son of Rogues Gallery: Pirate Ballads, Sea Songs & Chanteys, performing “Asshole Rules the Navy” with A Hawk and a Hacksaw and “The Dreadnought” with the Elegant Too.