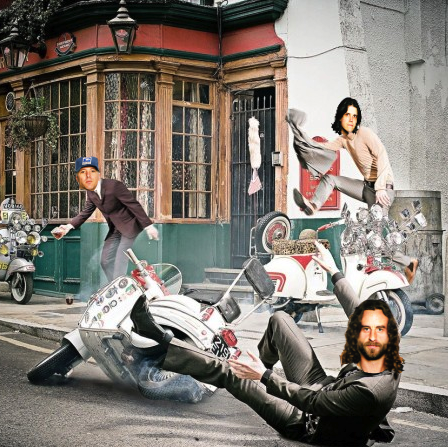 There comes a time in every blogger’s life when they’re faced with the difficult circumstances of reporting on multiple Vespa accidents involving multiple members of the hard rock band Tool.

Yes, as the band’s website explains, “slick road conditions” are to blame for a ‘minor’ accident that took place earlier this month. The unidentified band member suffered several broken ribs and a dislocated shoulder, and “because of the physical nature of the musical instrument involved,” the band was forced to suspend nine days worth of sessions for their next album. Unverified video footage of the incident is posted below.

Coincidentally, another unidentified member of Tool was involved in a similar accident on his Vespa just days prior, which left him with “a head injury (as well as multiple cuts and bruises to his body).”

We’re pretty sure neither of these incidents involved Adam Jones, because he looked perfectly healthy when he proposed to his girlfriend during WWE’s Royal Rumble last weekend (video here).