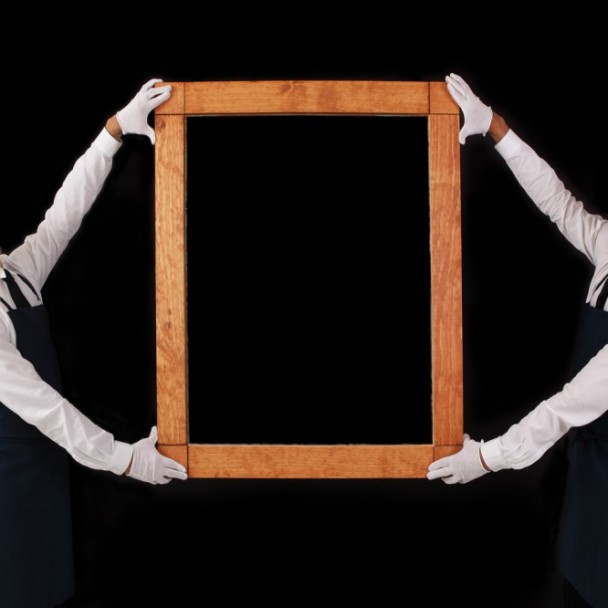 In 2012, neo-soul artists like Frank Ocean, Miguel, and The Weeknd emerged as if from an electric storm cloud. The shadowy “whoosh” became the primary color on R&B’s palette; experimentalism, the genre’s new currency. But any Daniel Lopatin cult member will kindly direct you to Autre Ne Veut’s self-titled debut as the true forebear of R&B’s transformation.

The Brooklyn-based musician, Arthur Ashin, who performs under the French phrase for “I think of no other”, signed with Lopatin, his old Hampshire College roommate, and impressed with his melodic sensibility (Ashin is a former jingle writer), and his knowledge of turn-of-the-century R&B. But the inspiration behind Ashin’s newest album boiled down to a song, which, in a circuitous way, he helped to inspire: Usher’s “Climax”.

“Cimax”‘s pseudo-sexual pull-and-release manifests throughout Anxiety, from sparse/dense production to Ashin’s dopey/doomed sense of humor. They begin on “Counting”, an orchestration of interruptions, filled with brass and foghorn in all the wrong places. Ashin offsets the instruments with his cool-customer vocal and the song mirrors the abstract harmony of Edvard Munch’s “Scream”, which was originally slated to appear inside the frame on the album cover. Despite its fervid color, Munch’s painting remains ambiguous with its hyperbolic representation of reality.

Anxiety represents Munch’s “Scream” (not to be confused with Usher’s “Scream”) because it pairs accessible dance hooks (“I Wanna Dance With Somebody”) with the center-less condition of anxiety (“World War”). According to interviews, Ashin struggled with anxiety throughout his life and the bittersweet back-to-back of “Dance” and “War” caricatures those highs and lows. Nodding to Whitney Houston’s hit makes “Dance”’s slow start feel especially unexpected. The 40 second jam peels into “World War”, a misleadingly vague title for a rather articulate break-up song.

Ashin’s vocal distinguishes his ambient brand of R&B, in that his songs sound like Terence Trent D’Arby as the lead singer of Teengirl Fantasy. This happens on “A Lie,” the album’s best track even though Ashin is hardly the first to rhyme “goodbye” with “lie”. He swoops into assonant I’s like R&B’s other Frenchman-for-all-intents-and-purposes, Avant. The wilted strums underscore Ashin’s whispery high register, which intones: “Make me feel you can’t lie.” His denial is delectable.

But denial is just one shade of the Ashin’s gravel rainbow. The spectral harmonies on opener “Play By Play” lay foundation of Ashin’s confusing bravado, which gets messier and more fulfilling as the anxiety builds into premonitory downbeats (“Warning”), hair metal posturing (“Don’t Ever Look Back”), and Aaliyah’s baby voice chanting “agony” (“Ego Free Sex Free”). The stakes become less superficial on “Gonna Die” as the title underscores a genuine fear of mortality. Ashin shows that anyone can handle adversity, a “bad day”, or even death, but it’s the waiting, the unknown, and the unplanned that triggers paranoia. He marries these emotions to his inventive  percussion so that the bulk of Anxiety sounds like it could fall apart in the instant.

Bear with me: Actual Frenchman, Paul Valery, wrote in his 1919 paper, “Crisis Of The Mind”: “We were aware that the visible earth is made of ashes, and that ashes signify something. Through the obscure depths of history we could make out the phantoms of great ships laden with riches and intellect; we could not count them.” Ashin’s modernist directive may be grandiose, but personal anxiety is not so different from societal anxiety, which occurred for the first time out of the amorphous WWI, with its staggering losses and meaninglessness. At the risk of appearing like a nouveau dandy, inspired by modernism and Usher alike, Ashin raises the bar. He relinquishes his inhibitions on Anxiety, an R&B diamond in the dense, desultory rough.

Essential Tracks: “A Lie”, “I Wanna Dance With Somebody”, “Play by Play”, and “Counting”