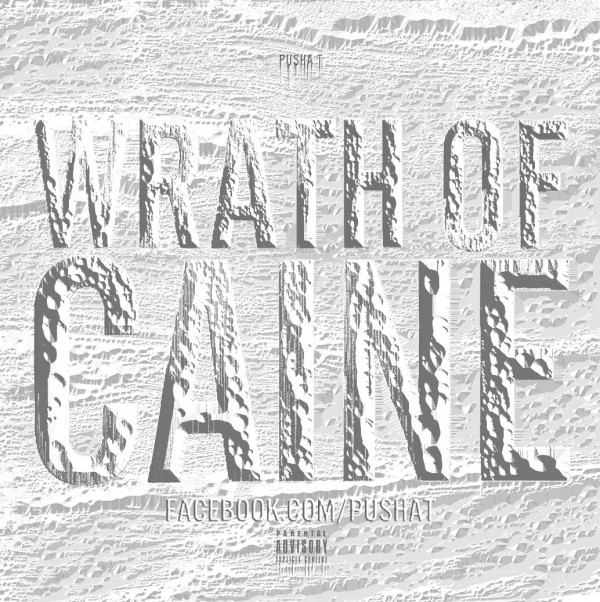 Pusha T didn’t need to make Wrath of Caine. The pre-album mixtape as a form is generally used to direct extra attention to forthcoming LPs in need of a publicity boost, and the Clipse member/G.O.O.D. Music role-player/everybody’s favorite coke-rap aphorist’s pending solo debut, My Name Is My Name, has zero chance of flopping on any level. Between joints like “Mercy”, “New God Flow”, and the oft-overlooked “I Still Wanna”, Pusha has been tagged on enough strong tracks since the last Clipse LP, 2009’s Til the Casket Drops, to ensure that there’ll be plenty of commercial interest by the time he does give us his own album (in March, tentatively).

Though not quite a Rich Forever or even a 4eva N a Day, the 36-minute Wrath of Caine typically sounds like the work of one of rap’s most exciting voices – exactly what it is. Utter misfires like French Montana’s faceplant of a Future imitation on “Doesn’t Matter” notwithstanding, it bangs pretty uniformly. The Rick Ross-assisted “Millions” is a worthy cousin of “I Still Wanna”, while the stuttering, propulsive “Blocka” is stocked with Pusha’s prince-of-darkness seethe: “All praise to the most high on both sides / I pray to God, I pray for hard, I won’t lie.”

Not lyrically, sonically, or in terms of quality does any of this evoke Hell Hath No Fury, always and forever Pusha’s greatest feat. But when he’s at his best – namely, when he’s offering up such hubristic gems as “Goliath ain’t worried ‘bout your sling / And Cassius ain’t bothered by your swings” – there’s plenty suggesting he’s still capable of being in that ballpark. Assuming it isn’t some hard left turn (or maybe even if it is), My Name Is My Name should be hot.