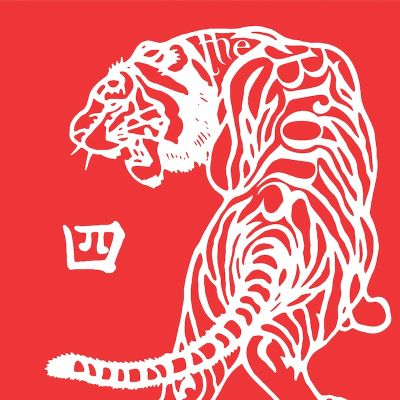 The Bronx were young once. They played punk rock at searing speeds, packing L.A. dive bars with concertgoers who wanted to be hit with fat power chords and the deafening howls of frontman Matt Caughthran. Their early records are rabid and feisty — they sound of youth.

Then The Bronx met The Music Industry. For the latter half of the past decade, they saw their fanbase grow through major label distribution, Warped Tour appearances, and music videos. But all the while, the band’s patience dwindled. They wanted to make a record on their own terms, so for The Bronx (IV), they signed to ATO Records and set up their own recording space. “We don’t have to rent a studio for a zillion dollars or pay some mega-producer to help us,” said guitarist Joby J. Ford. “We’ve become self-reliant.”

And wiser. The Bronx is still a heavy band, and The Bronx (IV) is a very heavy record; however, rather than screaming about the “Shitty Future”, Caughthran reflects on his past and present. “Repetition makes us older / Death creeps a little bit closer,” he warns on “Youth Wasted”. The age-aware Caugthran gets it all out of system, yelling about his pent-up personal demons (“Too Many Devils”) and society’s unreasonable expectations (“Life Less Ordinary”). Better late than never.

But just because the lyrics show maturity, don’t think The Bronx have gone soft. These songs pummel; they have speed and sleaze (if Refused suddenly decided to get less communist and wear Kiss makeup, they’d sound like this). Beau Burchell’s production perfectly suits Ford’s serrated guitar tones, and Caughthran’s pipes certainly aren’t showing any signs of age. Unfortunately (and as is the case with their past three albums), the band’s bash-it-out approach loses some steam by the end of the record. But if you’re down for unrelenting rock ‘n roll fraught with the bitterness of adulthood, The Bronx is your band.