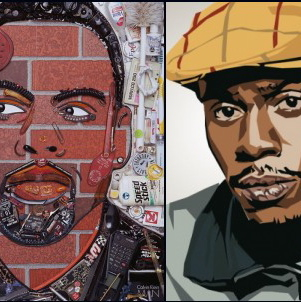 First The Throne, then Jay-Z and JT, and now Chris Rock and Dave Chappelle? Possibly. As Splitsider reports, the two blockbuster comics performed together last night at New York City’s The Comedy Cellar, where in addition to riffing on Prince and texting Jay-Z for Italian food, they openly discussed the idea of a joint tour.

Here’s an excerpt from an on-site review by The Comic’s Comic:

“You should come down to West Palm,” Rock replied.

Chappelle: “After next Tuesday, I’m free for like 11 years.”

Rock said he has a new movie of his own he’s going to film later this spring and would be cutting it over the summer. “I’ve got time between now and the movie  By Halloween, I could do dates.”

This isn’t the first time there’s been talk of a tour. Rock first expressed interest in hitting the road with Chappelle during an interview with Vulture last month. You know Im not the hard one, Rock explained. But Im trying to make that happen. After seeing Kanye and Jay-Z, I was like, Me and Dave should do this.”