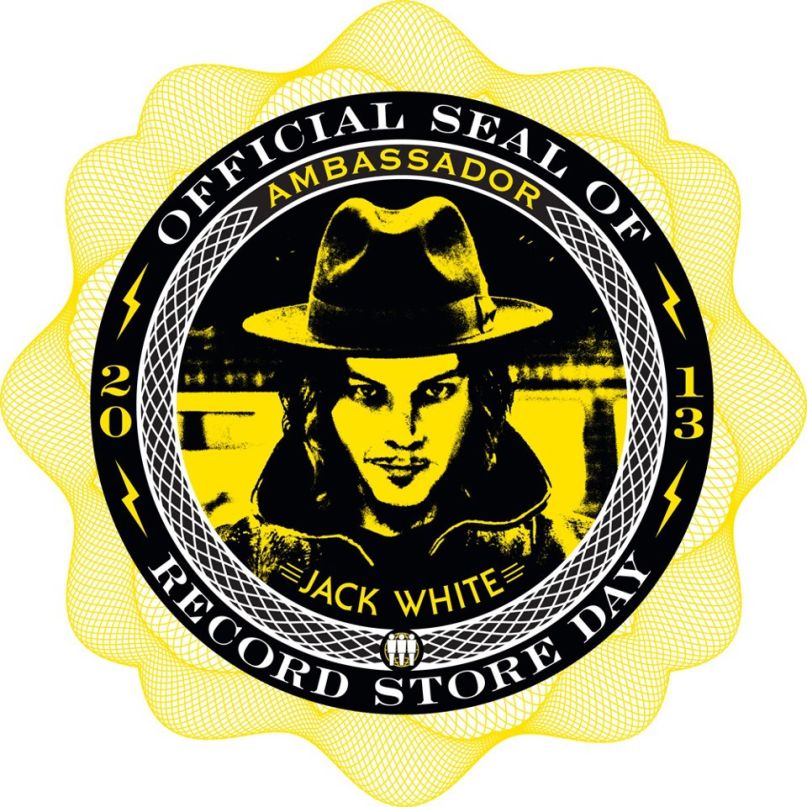 The man behind the X-Ray vinyl, the triple decker vinyl, and that one with blue liquid is also this year’s official ambassador for Record Store Day. Yes, Jack White will follow the footsteps originally set by past ambassadors Iggy Pop and Ozzy Osbourne, who claimed the title in 2012 and 2011, respectively.

The Third Man Records label head announced the news in a (rather lengthy) heartfelt statement, which you can read below. He’s also filmed a short film that’s more or less a school field trip through Nashville’s United Record Pressing, which you can watch here. On a side note, where does he get such wonderful shoes?

Years ago someone told me that 1,200 high school kids were given a survey. A question was posed to them: Have you ever been to a stand-alone record shop? The number of kids that answered “yes” was… zero.

Zero? How could that be possible? Then I got realistic and thought to myself, “Can you blame them?” How can record shops (or any shop for that matter) compete with Netflix, TiVo, video games that take months to complete, cable, texting, the Internet, etc. etc? Getting out of your chair at home to experience something in the real world has started to become a rare occurrence, and to a lot of people, an unnecessary one. Why go to a bookstore and get a real book? You can just download it. Why talk to other human beings, discuss different authors, writing styles and influences?  Just click your mouse.  Well here’s what they’ll someday learn if they have a soul; there’s no romance in a mouse click.  There’s no beauty in sitting for hours playing video games (anyone proud of that stop reading now and post your opinion in the nearest forum).  The screen of an iPhone is convenient, but its no comparison to a 70mm showing of a film in a gorgeous theater. The Internet is two-dimensionalhelpful and entertaining, but no replacement for face-to-face interaction with a human being.  But we all know all of that, right?  Well, do we?  Maybe we know all that, but so what?

The world hasn’t stopped moving. Out there, people are still talking to each other face-to-face, exchanging ideas and turning each other on. Art houses are showing films, people are drinking coffee and telling tall tales, women and men are confusing each other and record stores are selling discs full of soul that you havent felt yet.  So why do we choose to hide in our caves and settle for replication?  We know better.  We should at least. We need to re-educate ourselves about human interaction and the difference between downloading a track on a computer and talking to other people in person and getting turned onto music that you can hold in your hands and share with others.  The size, shape, smell, texture and sound of a vinyl record; how do you explain to that teenager who doesn’t know that it’s a more beautiful musical experience than a mouse click?  You get up off your ass, you grab them by the arm and you take them there.  You put the record in their hands.  You make them drop the needle on the platter.  Then they’ll know.

As Record Store Day Ambassador of 2013 Im proud to help in any way I can to invigorate whoever will listen with the idea that there is beauty and romance in the act of visiting a record shop and getting turned on to something new that could change the way they look at the world, other people, art, and ultimately, themselves.