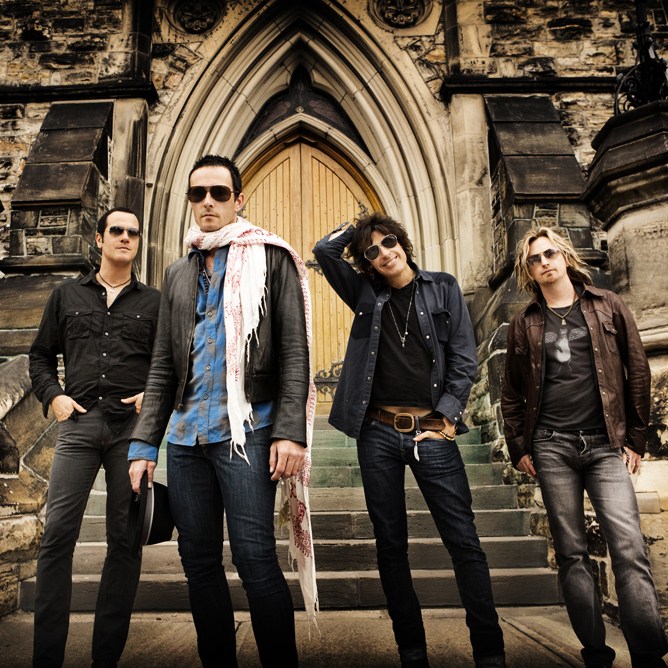 As Spin points out, the firing could be a reaction to Weiland’s recent comments that he would be playing Stone Temple Pilots material on an upcoming solo tour. This probably didn’t sit too well with the band, especially after plans for last year’s fall tour fell through. Yeah.

Then again, it’s not like this reunion hasn’t had its ups and downs. If you recall, in 2010, they had to postpone dates stemming from Weiland’s drunken ramblings, and did the same a year later when vocal issues arose.

Update: According to Rolling Stone, who spoke with Weiland yesterday in a brilliant marriage of coincidence, the frontman insisted, “STP has not broken up. I haven’t quit. I haven’t been fired.”

However, Weiland did acknowledge some tension, adding: “There were some hurt egos, but that’s the way it is. No one has ever fired anybody in STP. We’re like a family. It’s also a partnership. I started the band. We’ve always kept things going. We’ve taken time off before. They’ve done their own projects and I fully support that. No one has been fired and I haven’t quit. That’s all hearsay.”

It should be noted that this interview took place before the band’s announcement this morning. Stay tuned as this story develops.

Update #2: Weiland has issued a statement following today’s announcement: “I learned of my supposed “termination” from Stone Temple Pilots this morning by reading about it in the press. Not sure how I can be “terminated” from a band that I founded, fronted and co-wrote many of its biggest hits, but that’s something for the lawyers to figure out. In the meantime, I’m looking forward to seeing all of my fans on my solo tour which starts this Friday.”

One has to wonder, though, if the band bid him farewell via Army of Anyone: