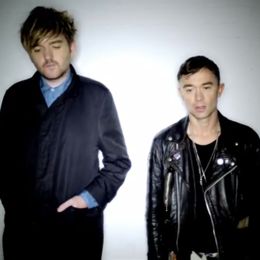 The Big Pink is now the one-man project of songwriter Robbie Furze following the recent departure of instrumentalist Milo Cordello.

As Exclaim points out, Furze broke the news on the band’s Facebook page, explaining that Cordello will now focus his efforts on his record imprint, Merok, which has previously released records from Teengirl Fantasy and Blondes.

Check out Furze’s full statement below:

Milo has moved to NYC to run his label, Merok and is no longer an active member in the big pink.I am in the studio at the moment and well into the 3rd big pink record. I have been working with a variety of different people, including supreme cuts, the drum, van rivers (fever ray) and andrew wyatt. Me and vicky have recently returned to Electric lady studio in New York, where we recorded ” a brief history of love” to record and co produce new 3 tracks with john o’mahoney. We are supporting BRMC at the end of march in UK. To road test some new material and blast out some old. Robbie x