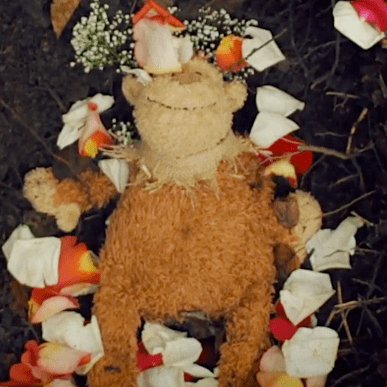 Scottish rockers Biffy Clyro recently released their new album, Opposites, in the UK, where it handily took the number one spot on the charts. With a March 12th release Stateside and an appearance at this year’s Coachella, the album is gunning for similar success on this side of the pond.

In anticipation of the release, Vimeo content creators Diego Contreras and Dave Ramirez created their own cinematic interpretation of the album cut “Black Chandelier”. Though Biffy have already released the official clip, Contreras and Ramirez’s video features markedly less black body paint and a few more stuffed animal funerals. Three youngins lay their furry companions to rest in various ways, but their smiles hint that the ceremonies aren’t all that sad. Check out the video below.

Opposites is out March 12th in the U.S. via 14th Floor Records, and you can pre-order it here.