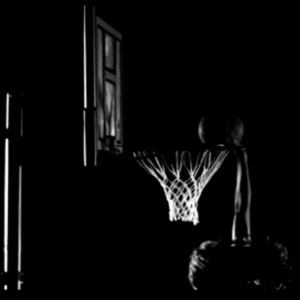 Liars dust off their promotional campaign behind last year’s CoS Top Star-earning WIXIW with a new video for the title track. Judging from the stark black and white clip, it would appear that the Brooklyn trio are just as excited as us for the forthcoming NBA All-Star events — but then you notice the protagonist doesn’t make one shot.

Its like a beautifully shot black-and-white basketball version of Sisyphus, frontman Angus Andrew explained to EW, referencing the infamous Greek myth of a man and his boulder.

Guitarist Aaron Hemphill offered more context, adding: “…we find the world of basketball may not be so clearly defined. This task is shown with more in common to what we were feeling writing the music than what we were envying on the television screen.

Dare to get bleak with the Alex 2Tone-directed clip below.