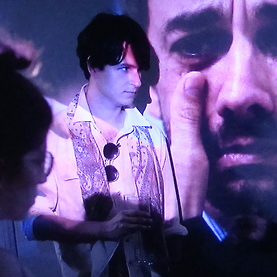 As Team Vampire Weekend points out, Vampire Weekend frontman Eza Koenig made a brief cameo on tonight’s episode of Girls, where he delivered a quick one-liner poking fun at the character played by The Lonely Island’s Jorma Taccone. You can watch the clip here.