A Tale of Two Flags: Black Flag vs. FLAG 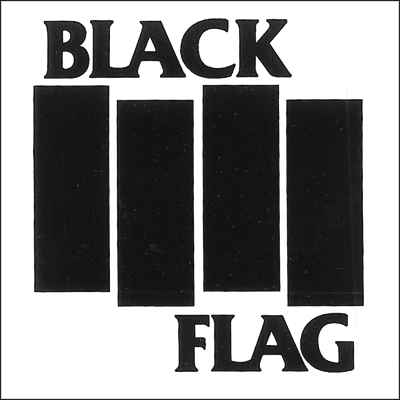 All things considered, I don’t have a lot of regrets or feelings of missed opportunity lingering over my head. But part of the crazed music freak dwelling inside of me has always lamented not coming of age in the late ’70s and early ’80s when bands like Minor Threat, Dead Kennedys, and Black Flag were carrying the torch for some of the most dangerous and visceral music the American rock underground had to offer. Sure, growing up with bands like Rancid, NOFX and the rest of the Epitaph and Fat Wreck Chords crew was a nice consolation, but the more I got into music in middle school, high school, and beyond, the harder it was to shake this feeling that I missed out on something great in hardcore’s insurgent first wave.

So, the initial news that Black Flag is reforming in not one but two different incarnations kind of made my head start to swim. On the one hand there’s Black Flag, led by guitarist, chief songwriter and SST head honcho Greg Ginn and frontman number two Ron Reyes. On the other is FLAG, led by original frontman and all-around hardcore icon Keith Morris, bassist Chuck Dukowksi, former vocalist/rhythm guitarist Dez Cadena, and one-time drummer Bill Stevenson. That’s a lot to take in at once, but for a member of lost generation forced to live without seeing one of the most storied punk bands of all time, it’s big news. At long last I’m getting what I’ve always wanted, albeit under a set of circumstances no one could have ever seen coming. We’re currently in the midst of a Black Flag reunion spread out over two bands. In theory, this was supposed to be my receipt for all the time spent wearing out the grooves on my Damaged and My War LPs.

But as quickly as the excitement brought on by the news of the reunions charged through my veins, the energy cooled almost as quickly. A closer, more measured look at things suggests that while there’s plenty of potential for both reunions to be worth the time and energy, there are almost as many reasons to think that it won’t. I’ve always looked at reunions as a sort of tenuous coin flip. When it works, like it has in recent years for bands like Pixies or Mission of Burma to name a few, everyone wins. But when it doesn’t, the stain left on a band’s otherwise cherished legacy can often times be hard to remove. I know this to be true, because I’ve seen it happen more than a few times. The idea of that somehow happening to a band as iconic as Black Flag made me wonder if it was worth the risk.

So I decided to lay it all out there: the good, the bad, the pros, the cons, and everything in between. There’s a lot of shit to work through here. As it is, Black Flag might be the first band to pull off the ass backwards trick of reuniting without reuniting, drawing a line in the sand between what appear to be two contentious camps. The emergence of Black Flag and FLAG feels less like a reunion and more like a civil war, and we all have to pick sides. And with that…

Pros: The biggest asset the newly-configured Black Flag has going for it is Ginn. The guitarist has always served as the band’s creative backbone, from its hardcore origins reflected on Jealous Again and Damaged on through to the artier, pretenses of albums like My War and Slip It In, so his involvement should ensure that whatever course the band takes won’t stray too far from the source. And while it’s hard to steal the spotlight from Morris and Henry Rollins, Reyes was a damned good frontman. Anyone who argues otherwise never saw The Decline of Western Civilization. And if you haven’t seen the Decline of Western Civilizaton, then…

Cons: Conversely, Ginn might also be one of the biggest impediments to the band making a successful return. Creatively, he’s the band’s lifeblood, but with that comes a guy who, by many accounts, is hardly the easiest person to work with. He’s been labeled as controlling by some and outright dismissive by others, and even he and Reyes didn’t part ways on great terms. Plus, anyone who’s heard Ginn’s stuff with the Royal We knows he’s come a long way musically from Black Flag’s lean, angry hardcore days.

Then there’s the issue of the tour. The idea of paying $30 to see Black Flag play small clubs seems insane on principle alone. Christ, I paid less to see Stone Temple Pilots reform in 2008. Coming from a band that built its legend in part on its staunch, hard as nails DIY work ethic, the tour smacks of a quick cash grab, and it’s hard not to question Ginn’s motives. The thought of paying exponentially more to watch a reunited shell of a band over the original is sure to raise a few eyebrows.

Pros: Even without the naming rights, FLAG feels like a closer approximation to the genuine article. In addition to boasting four former members to Black Flag’s two (including two founding members in Morris and Dukowski), FLAG, on a strict eyeball test alone, seems more tied into the band’s volatile, hardcore roots. The whole band, including adopted member Egerton of the Descendents, are a time-tested collective of punk rock lifers, and there’s little to no doubt that the band will do the Black Flag catalog supreme justice. It also doesn’t hurt that Morris’ current full-time gig, OFF!, has helped reintroduce Black Flag’s bite-sized blasts of hardcore to a new generation of younger fans.

Cons: OFF! might be one of the best things to have come out of the American rock underground in years, but it’s tied in so closely to the early Black Flag sound that it threatens to take away from what FLAG has to offer, at least a little bit (Fun game: Shuffle songs from OFF’s First Four EPs and Black Flag’s First Four Years then try and guess which songs are from which albums). Morris’ recent health problems could also offer potential cause for concern.

And while this is more of a question than a concern, there’s also the matter of how much of the band’s catalog they’ll be able to dig into as FLAG. It’s hard to imagine Morris singing “Six Pack”, “Rise Above”, or almost anything from Damaged and beyond, which could potentially limit the band largely the front end of the Black Flag catalog. (Unless Cadena can pull through?) Fortunately, those early records are among the band’s best, and therein lies the silver lining.