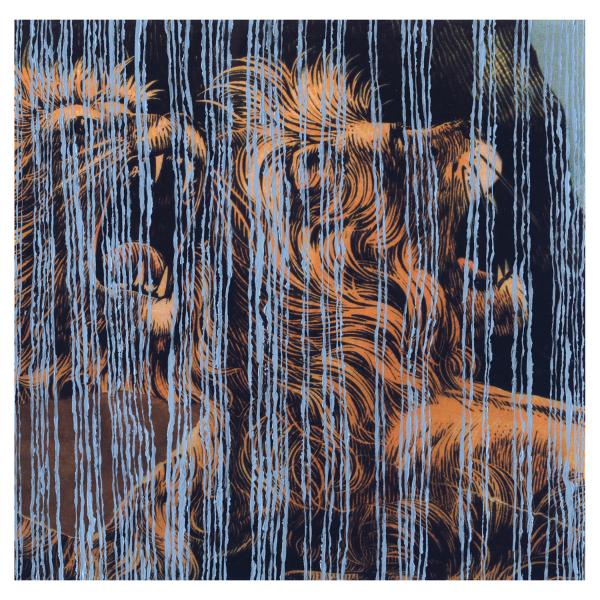 As per Julian Lynch’s MO, Lines sounds like a musical prodigy rubbing up against the “wrong” crowd, discovering drum circles and worn psych records when he should be woodshedding in the practice room. Through three LPs and various other releases, we’ve watched Lynch come to terms with that written/rote dichotomy, making home recorded music both oblique and comprehensible. On Lines, Lynch’s fourth full-length and second for the Underwater Peoples label, he’s more ecstatic, focused, and fun than ever, recalling Lindsay Buckingham’s bright acoustic plucking, the ramshackle wanderings of The Brian Jonestown Massacre, the energetic psych-funk of Bibio, and the carefree commune instrumentation of Karl Blau. Lynch has managed to forgo much of the easy-listening leanings of his last two LPs, 2011’s Terra and 2010’s Mare, for a steely bright pyramidal balance that’s his own.

The compositions on Lines are unitary, more modular than motley, tending to center on a single theme. Take the unraveling djembe of “Yawning” followed by the coda, which seems an appropriate if offbeat afterthought. It’s a meditative, mantic approach to suggestive music, creating just the right momentum to grab and hold attentions without being so insistent that it’s weary.

Lynch bridges rickety Hare Krishna percussion to dark clarinet and sax, disrupted by bright guitars, and driven by elastic bass. He still seems to be a guitarist at heart, grounding the compositions in fretted strings, dumping his previous noodling for clear arpeggios. Once again his lyrics are, for the most part, indecipherable. It’s always been as if Lynch sings from behind a veil, with a secret or an invocation. But for that, his vocals are as clear as they’ve ever been, but still more an instrument than a mantra.

A Lynch LP wouldn’t be complete without an equine reference and “Horse Chestnut” takes care of that, with see-saw horns and cyclic bass. “Gloves” takes the meter of “Blue Rhonda á la Turk” and chops the end, framing it in a driving, disorienting nine-beat, made all the more intriguing by the oddly-placed bassline. “Onions” crafts unisons out of a wonky, filtered guitar and a verging-on-cutesy vocal. “Lines” saves a major/minor balance for a breathtaking backend cadence. “Shadow” takes the initial clarinet and sax run and widens the motive, slowly expanding on the compositional theme of the album across eight minutes.

Lynch stacks instruments until the tracks almost can’t hold any more—once he starts pouring the mead in the mug he almost doesn’t know when to stop. This isn’t a bad thing—Lines is a sculpted spring album, still chilly in certain ways, but hinting at the sun-burned revelries of months to come.