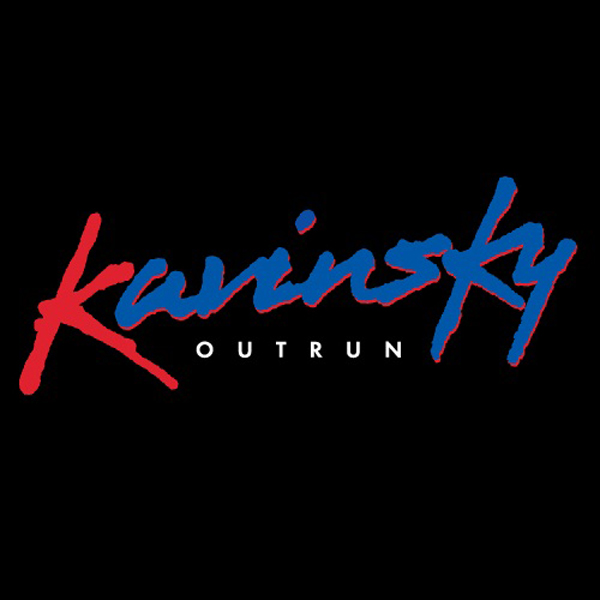 You remember Kavinsky’s “NightCall”, the song playing over the opening credits of 2011’s Drive. Its slow-synths offered a succinct nighttime portrait of downtown Los Angeles, just as much as Tangerine Dream’s opening score set the mood in Michael Mann’s Chicago-based Thief. The neon lights that illuminate both films make their way into the digital world of Kavinsky’s debut LP, OutRun. It’s an album with influences steeped not only in that familiar big-city noir, but Italian horror, as well.

The album through line is the well-worn tale of a young man who gets killed in an automobile accident in 1986, only to come back to life as a zombie music producer decades later. Okay, maybe not so much “tale-as-old-as-time” as “what-the-fuck,” but the ridiculous plot only proves Kavinsky won’t get swallowed up by the recent 80s revival as much as he will embrace it. The album accelerates across its freeway from track one, only pumping the breaks for the aforementioned (and surprisingly not-out-of-place) “NightCall”, but by then the album’s almost approached its destination.

Kavinsky has said his music is influenced by the movie scores he heard when he was a child, and Dario Argento films must have been rented during that formative period. The film scores of Claudio Simonetti are referenced here, intentional or otherwise. “Rampage” reworks Tenebre’s main theme into a more dance-friendly piece, while “DeadCruiser” is a dead ringer for Demons’ score. If he’s not knee-deep in tales of Italian giallo, then he’s back on Mann’s dark highways for “RoadGame” and “Odd Look”, the latter featuring an assist from house DJ, SebastiAn.

During the album’s climax, the beat disappears and leaves only keyboards under the narrator’s final warning: “Anyone fool enough to venture out onto that treacherous road should know one thing, there’s no turning back.” Once you’ve finished Kavinsky’s OutRun, you’ll want to buckle up and ride again.