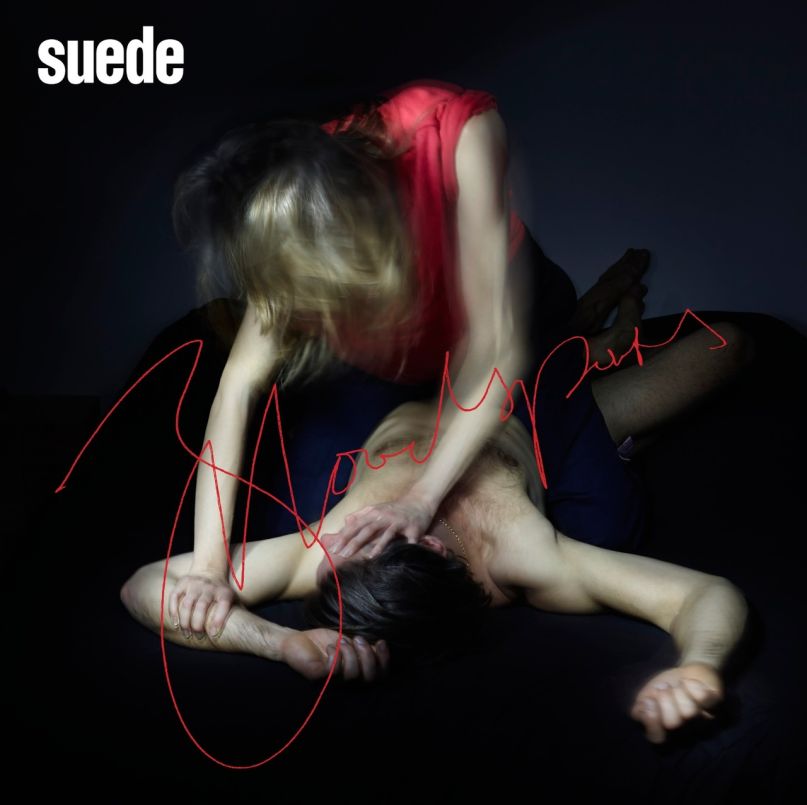 The cover of Melody Maker, April 1992: “Suede, The Best New Band In Britain”

They hadn’t even released an album and the British music press was already putting Suede on the highest of hype-machine pedestals. After the idleness and eventual mediocrity of The Stone Roses, Britpop needed a new face — a new identity. Enter Suede: androgynous glam rockers with a taste for huge hooks, pop ingenuity, and mutinous, inter-band drama.

Frontman Brett Anderson made the most of this situation, adopting his new stardom with confidence and swagger. Borrowing Bowie’s theatrics and Morrissey’s romanticism, Anderson looked, sounded, and acted the part of ‘rockstar’ — partying lavishly and consuming copious drugs, much to the dismay of strident guitarist Bernard Butler. They were Suede, essentially: Anderson crooning tales of lust and brokenhearts, Butler picking melancholic blues scales with eloquence. Their artistic compatibility notwithstanding, the two had disparate personalities. Butler was so repulsed by Anderson’s rockstar antics, that he sometimes rode in a separate tour bus.

These differences culminated during the recording of Suede’s 1994 sophomore album, Dog Man Star. After disagreeing over the involvement of producer Ed Buller, Butler left Suede. Dog Man Star was finished without him (though he does share songwriting credits on every track) and stands as Suede’s finest musical achievement — a multi-layered, cinematic record about slow death, addiction, James Dean, and everything that Blur and Oasis never sang about.

Anderson loathed Britpop. He hated being lumped into a trend and tagged with a set of ideals he didn’t necessarily believe. He wasn’t a ‘lad’ or a Beatle wannabe, and Dog Man Star — which he wrote while holed up in a Victorian mansion with a stash of hard drugs — was his reaction to it all. Naturally, the album didn’t sell as well as its contemporaries and Suede’s music slowly became overshadowed by the Britpop phenomenon it helped spark.

Over a decade later, Anderson’s still bitter about it. Of Suede’s new album, Bloodsports, he said: “What does it sound like? Oh! I don’t know, probably like some artist on some drug, engaged in a game of quoits with some other artist on another drug, you can adopt your own journalistic cliché if you haven’t grown up yet.” A not so subtle nod to Dog Man Star and the polarized reception it received.

But the reference makes sense, because Bloodsports — Suede’s first record in 11 years — sounds like the spiritual successor to Dog Man Star. Producer Ed Buller is back, and although guitarist Richard Oakes isn’t Bernard Butler, he does a damn good job of emulating Butler’s expressive style. Musically, this reunited Suede mimes Suede circa ’94. Songs ride an unassuming mid-tempo rhythm that gives the reigns to Anderson and Oakes. Buller’s production emulates the vintage Suede sound; he puts just enough reverb on Anderson’s vocals and places Oakes’ guitar at a perfect depth in the mix. The aesthetics are in place; the rest is up to Anderson…

With a flair for the (melo)dramatic, Anderson toes a thin line as a songwriter. His shtick screams pretension, yet he’s so good at what he does, the perceptions don’t matter. Bloodsports emphasizes this, seeing him return to his recurring role of relationship narrator. On opener “Barriers”, the lovers in question are overcoming their conflicts as they “jump over the barriers”. But then there’s “What Are You Not Telling Me?”, which examines the tension right before a relationship snaps.

Romantic observations. This was what defined the lyrics of Dog Man Star, and it’s what defines the lyrics of Bloodsports. Anderson makes his motifs apparent — and his dry vocabulary is concise and effective. “You feel the scratches and scars / You feel the parts of me that we call ‘ours’”, he sings on the album’s poppiest nugget, “Hit Me”. Whether it be sexual masochism or tragic breakups, Bloodsports depicts love as a game of “he vs. she” — artwork included. To Anderson, the battle is inevitable; it’s how you cope. That’s what he’s concerned with.

And he just wrings everything out of a chorus. The first three songs here — “Barriers”, “Snowblind”, and “It Starts and Ends With You” — are essentially verse-chorus-verse-bridge and so on. Yet, Anderson’s melodies are so satisfying and grandiose; they get tangled with Oakes’ jangly guitar, most notably on “For the Strangers”. Building up from a thin guitar lick, the acoustic-tinged track rises to a surging, harmonized chorus. “For all the strangers, for all the strangers out there,” sings Anderson.

Bloodsports is unrelentingly beautiful and catchy throughout its first six tracks, but then it becomes dark and meditative. Oakes takes a backing role to keyboardist Neil Codling on “Sometimes I Feel I’ll Float Away”. And does the same on “What Are You Not Telling Me?”. No more catchy choruses. Anderson follows Codling’s lead, favoring a nuanced croon rather than his signature whine. Butler-era Suede shined when it came to these slow brooders, and reunited Suede is just as competent.

However, the slow tracks are concentrated at the end of the album, killing the momentum and pace set by Bloodsports’ first half. The tracklist could’ve used some evening out. The record’s mastering also leaves much to be desired, as it suffers typical blown out EQs (read: loudness war) and abrasive volume levels on drummer Simon Gilbert’s cymbal crashes.

Despite the tracklist and mastering, Bloodsports is an achievement. Who could’ve ever anticipated Suede — after a decade of inactivity — reuniting for such a striking record? It’s one that recalls the band’s creative heyday, without all the Anderson-Butler baggage or sequestered-in-a-mansion theatrics. In a way, it’s the most honest collection of songs Anderson’s ever written. Britpop was a graveyard, and Suede was a corpse in the ground. But now the band’s back to life — no UK music press on its back, nothing to prove, no legacies to maintain. Just 10 great songs.

Essential Tracks: “It Starts and Ends With You”, “For the Strangers”