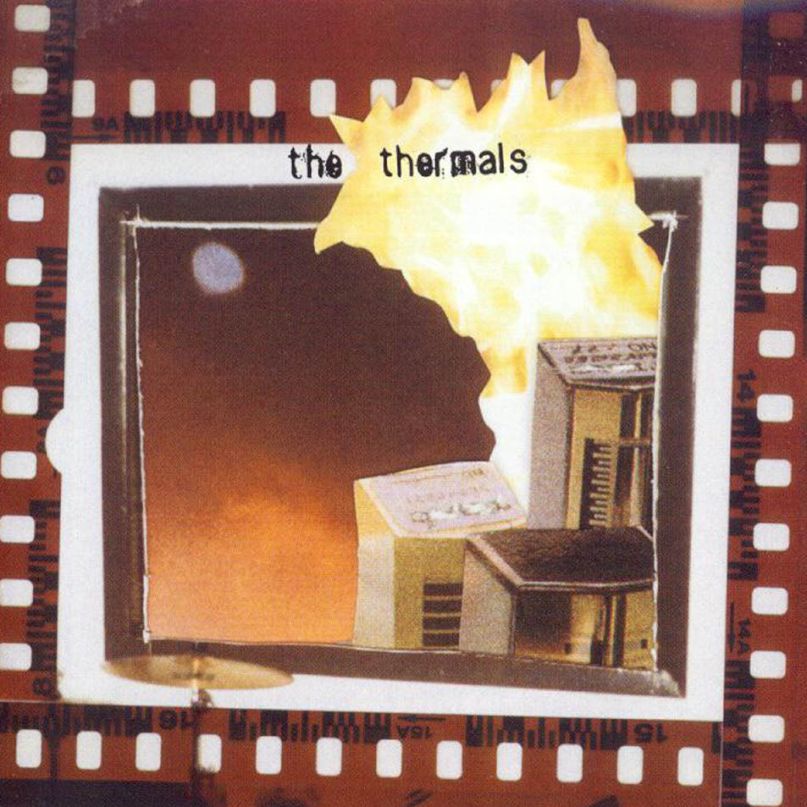 Hutch Harris and Kathy Foster made names for themselves before becoming the core of The Thermals, gaining a cult following as folk duo Hutch and Kathy. Nothing, though, has reached the hearts of the pogoing masses quite the way that their decade-old band has. Considering their progression into a laser-focused, concept-driven, indie-pop hit machine, the first recording under The Thermals moniker reveals a style only a couple of key steps from its peak. Their 2003 debut, More Parts Per Million, shows so much of what makes the best Thermals songs great, though perhaps Harris was so eager to say something that he forgot to take a breath.

Reportedly put to tape for less than one hundred dollars, the lo-fi buzzing and hyperactive drumming on More Parts is controlled charismatically by Harris, his nasal vocals leading the whip-smart, ADHD way. Opener “It’s Trivia” lurches through a bundle of possibly Stendhal-referencing ambiguous, norm-challenging non-sequiturs, everything from “the red and the black” to unspecified “numbers and words” pushing urgency as much as the lo-fi, ramshackle recording. But, in a turn that would go on to become very familiar to Thermals fans, Harris is the voice of comfort in a hectic, confusing, fucked up world. “It’s only trivia / So don’t freak out,” he cracks, offering a knowing shrug to the listener.

Only a couple of tracks later, Harris is sure to let you know that he’s not beyond reproach either. Whether singing about himself or art as concept, he’s sure to take down his own potential to do much good. “Hardly art, hardly starving / Hardly art, hardly garbage,” he intones on “No Culture Icons”, 95 percent of the song coming across as a statement of artistic anti-intention, a screed against pretense. Even further upsetting art’s “ideal” potential, the very last line of the song turns to a simple statement of humanity: “I can’t fuckin’ stop / Thinking about you,” he grins, love the only thing allowed to withstand the no’s.

Though it doesn’t sound too far away from the Thermals we’ve come to know and love, More Parts lacks the unified, clearly articulated themes developed prior to masterpiece The Body, the Blood, and the Machine. Harris burns through 13 tracks in 27 and a half minutes, each song a quick burst of fuzzed guitar and bouncy bass, only to be replaced by another much like it. While later albums offered sweetly sung moments of calm between the epics (“Test Pattern” being perhaps the ultimate example), the closest thing to a breather here is the still insistent “Back to Gray”, paced 11 tracks in. Like “It’s Trivia”, it too works in some vague color and number references: “I can add it all up / one plus one,” he states, before rambling through the disorienting line “black to white then / black to white an d/ black to white then / back to gray again.” The rapid ambiguities are certainly evocative but not quite as powerful as the respite offered later on.

It’s not just the relatively slower songs that lack comfort, though. Harris hits his indie pop hero stride in a few places on More Parts, but the expressionistic urgency and imagery overpowers him through most of the record. “My Little Machine” sputters through some strange references to being lost (“I see a blank map”, “programmed, you’ll never tell”), its bounding energy lacking much salvation from the titular machine. On “Born Dead”, Harris mourns a doomed relationship in a broken croon, arguing that he “can’t focus on the haze…still choking on the craving.” This antsy, sometimes hopeless energy builds on itself track after track, an enclosed system without a steam release.

More Parts Per Million delivers plenty of opportunity for raw-throated, full-hearted singalongs, an exclamation mark (or maybe a Four Loko) in LP form. The problem with that very compliment, in the wrong setting or mood, is that too many exclamation marks in a short span can overwhelm the senses. In retrospect, we know that with a little pacing and focus, The Thermals are capable of a true masterpiece; what’s surprising is how little they needed to tweak their formula to get there.