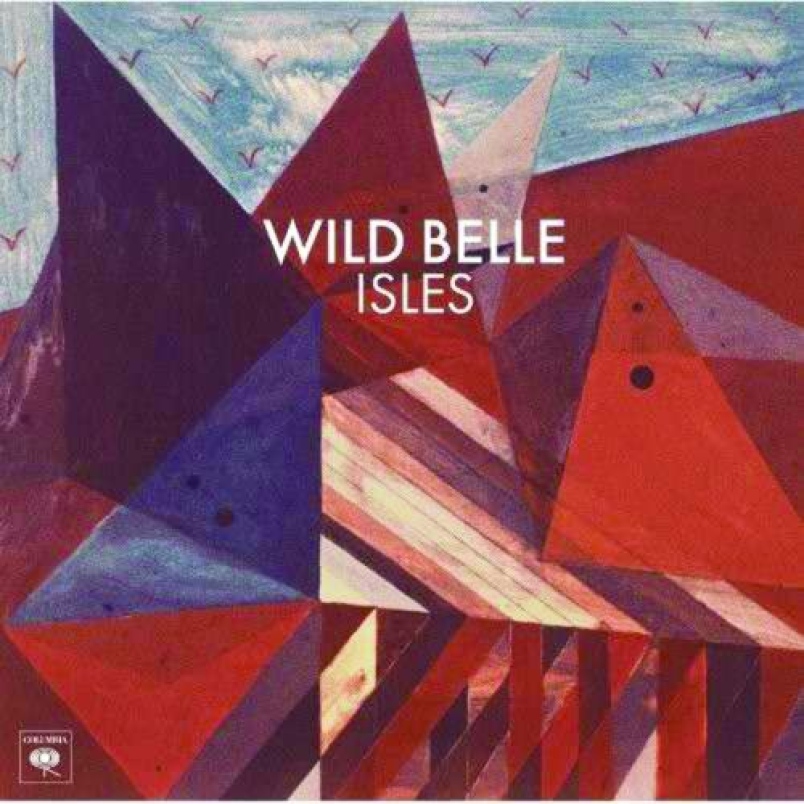 On their debut as Wild Belle, Brooklyn-via-Chicago siblings Natalie and Elliot Bergman trot out a left-field trend, turning reggae into the next indie micro-genre sensation. Lauded by style blogs as much as the music press, the word trendy is hard to bypass. But rather than attention-grabbing trappings, the island flavor suits the natural talents of the siblings, the smoky vocals and bubbling rhythms flourishing in the climate. As a result, Isles sparkles with an infectious, dubby Winehouse groove, a machine that when set to “Hit Single” produces a drool-inducing confection enshrouded in sepia smoke.

Isles opens with an addictive one-two punch, luring the listener in on a warm breeze. The saxophone skronk its trippy synth counterpoint push and pull through lead single “Keep You”, leaving you unsure whether you should sway amiably or grab a partner and get grooving. The duo know how to set a scene, the upstroked guitar and ice cube groove evoking a ’60s cocktail party, Natalie playing the chanteuse at the fore.

While she used the brokenhearted card on “Keep You”, she turns the corner at the swanky “It’s Too Late”. The former sees her struggling to understand why she keeps going back to a dismissive lover, but by the latter she’s already made up her mind. “Now you taste the teardrops that I cry,” she smirks, the sax returning for a smooth solo. While saxophones have been on an indie upswing of late (making its way as far as Destroyer, of all places), it rarely feels this integral to the world of the song.

Later tracks, like the clarion “Twisted”, feel like a recumbent take on Vampire Weekend, the hyper-active rhythms and well-prepared pop sensibility relaxed on a wicker chair at the shore. “What’s the definition of love if it isn’t material things?” Natalie wonders, as the smacking percussion and her brother’s handmade kalimbas fade into the distance. This disillusionment continues on the equally relaxed “Happy Home”, the chorus of “everybody in fancy clothes / but nobody really glows” delivered in revelatory coo. While she promised on “It’s Too Late” that she doesn’t need “fancy toys,” sometimes it’s difficult to avoid getting caught up in the chase.

Natalie’s vocals are the centerpiece of the album, but the rich arrangements steal their share of the spotlight. On “Another Girl”, the vocalist’s multiple selves play a call and response, her smokey leads dancing in front of a high-register chorus. But the star of the show are the male backing vocals that set an ominous tone to the song’s middle. This all plays out over a Black Keys-esque swamp-stomp, with a minimal high-end organ floating off in the distance setting the perfect stage for Natalie’s dramatic retelling.

Unsurprisingly, the moments at which the duo stray from their signature reggae/soul flourishes are the weaker songs on the album. “When It’s Over” is a little too staccato for the dream pop appellation, but the reliance on long-wave synths puts it in nearby territory. The simplicity of the girl group chorus and sparse arrangement leaves a bit to be desired, Elliot’s repeated admonition that “he’s no good for you / I told you so” reading quite textbook. The prominence of autoharp on closer “Take Me Away” is a little jarring, too, and the bouncy bass synth and sax is not exactly in line with the rest of the album. But even then Natalie’s lyrics keep on tone: “I put on my pearls and my finest furs,” she coos, closing the album on the hope that this appeal could lead to something real, despite the repeated failures.

But Isles isn’t designed to bust up any expectations, but rather to reintroduce elements in a new light. Wild Belle aren’t producing reggae as such, but their own version of it, one that takes its steps in a world where Beach House, Amy Winehouse, and Diana Ross intersect. The Bergmans have created a pop experience that feels effortless and warm, yet isn’t saccharine to the point of overdose. Natalie’s embattled relationship tales balance the island vibes, and Elliot’s expressive backdrops frame each without battling for attention.

Essential Tracks: “Keep You”, “It’s Too Late”, and “Another Girl”