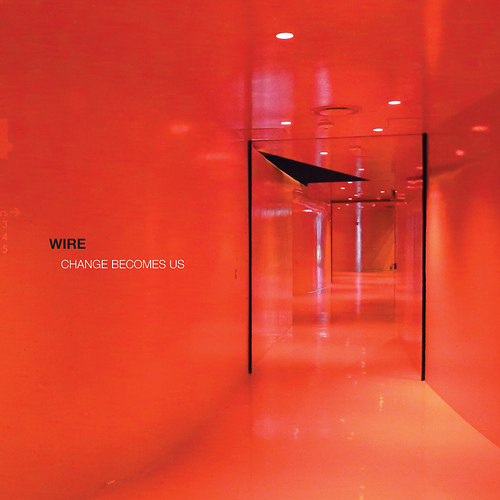 There’s never been anything easy about Wire. The English veterans have always preferred an angular, studious approach to punk rock’s traditionally lowbrow aesthetic, so getting into the band has forever demanded some flexibility and patient ears.

But those listeners who have dutifully rocked the headphones and put in the necessary time and energy have been rewarded handsomely.  The band’s post-punk triumvirate of Pink Flag (1977), Chairs Missing (1978), and 154 (1979) zigged with fragmented fury while the rest of their contemporaries zagged, and that refusal to play by the rules while also raising the genre’s artistic bar has made Wire a cherished oddity. Challenging as they might make it for many fans to embrace them at times, the band’s resistance to convention has long become one of its most redeeming values.

The band has been particularly hard at work placating their sprawling muse since reforming in 1999, delving into an abyss of buzzsaw guitars on 2003’s Send and later settling into contemporary indie pop for 2011’s Red Barked Tree, all the while sprinkling their efforts with the same knee-jerk eclecticism that made those early records so great. These days, the band is defined as much by what it did in its nascent art punk days as it is by its ability to live in the now, something reflected to perfection in Change Becomes Us. The band’s 13th studio effort is culled from pieces of old songs and scrapped ideas from the late ’70s, finding Wire reinventing the past, taking the general shell of those dusty rock nuggets (some of which found their way onto the band’s 1981 live album Document and Eyewitness) and recoloring them in shades of punk, funk, dance rock, shoegaze, and Eno-like ambience. A little of column A and a bit of column B, the record finds the band skillfully meshing together its past with the present.

Things get off to a rousing start with the hard-charging guitar rock of “Doubles and Trebles”, a song steeped in ominous paranoia (“Resistance is futile/ On arrival they kill”). With a median age of roughly 60, the band is comprised these days of founding members Graham Lewis and Collin Newman, guitarist Matt Simms, and longtime drummer Robert Grey. Despite the age, they haven’t lost the acerbic touch, as evidenced on the prog-influenced sounds of  ”Adore Your Island” and the brisk but punchy “Stealth of a Stork”. That feistiness continues to serve them well, providing for some of the record’s most muscular and visceral moments.

But in true Wire fashion, the best moments on Change Becomes Us come when the band leans less on its snarl and more on its smarts. The record, as its title points out, tackles a lot of musical territory in sophisticated fashion, from the spacey guitar pop of tracks like “B/W Silence” and “Re-Invent Your Second Wheel” to the shimmering dance rock of “Eels Sang”, which plays like a punkier version of the Talking Heads.

Even after more than 35 years in the trenches, Wire’s diverse, trailblazing brand of art rock still sounds remarkably current, which makes sense considering how much work the band has put into staying ahead of the curve. By tying together new ideas with some old string, Change Becomes Us builds on the band’s iconoclastic tradition, further ensuring that the energy it’s put into producing one of the most challenging, curious, and appealing catalogs in the underground rock cannon hasn’t been for naught.