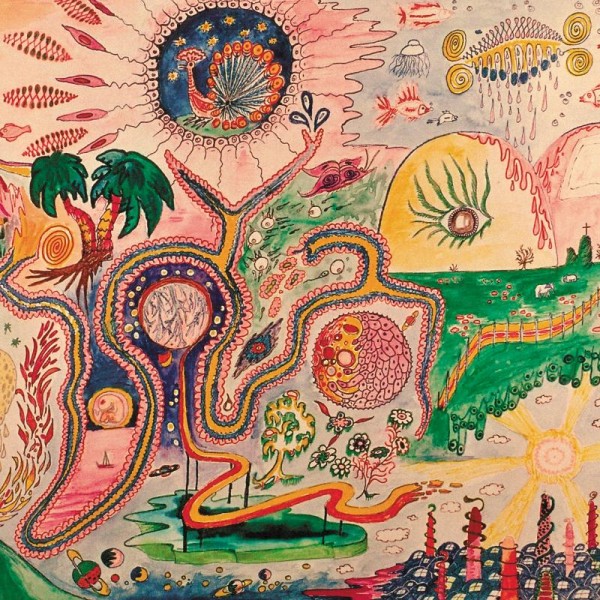 Down the rabbit-hole, Alice encounters a series of bizarre whimsies in Wonderland, including a Mad Hatters’ demented tea party and the horrific realization that her body is not static, as it shifts from tiny to towering in a matter of minutes. Although it’s speculated that Lewis Carroll’s classic tale Alice’s Adventures in Wonderland may or may not have been written as an extended metaphor for an acid trip, the mere wonder of one person’s imagination becomes visceral on the page, resonating forever in our minds.

Idaho native Trevor Powers, known more by his moniker Youth Lagoon, has a rampant imagination of his own not unlike Alice’s. But instead of envisioning the demonic grins of Cheshire cats and a caterpillar clouded in hookah smoke, the Boise boy wonder conjures imaginings of wood nymphs and quiet despair with his latest release, Wondrous Bughouse. Powers’ talent for crafting divine synth-driven songs garnered him well-deserved acclaim for his shimmering debut The Year of Hibernation, a beautiful and contemplative work replete with hum-worthy singles such as “17” and “Posters”. Two years later, Youth Lagoon has reemerged with an awestruck, deeply imaginative statement that’s nothing short of, well, wonder.

Although Powers wrote the new album in his hometown of Boise, Youth Lagoon’s Hibernation-resultant success landed him the newfound means to heighten his production work. For Wondrous Bughouse, he headed to Georgia to record with Ben Allen, who’s helmed albums for Animal Collective, Deerhunter, Washed Out, and more.

One notable omission from Wondrous Bughouse is the simplicity of The Year of Hibernation, and how it sheds the soft melodies that won our hearts. The implementation of a full band resounds in robust melodies, right from the beginning with album opener “Through Mind and Back”. It kicks off with a heady dissonance, twinkles and fuzzy strumming — ultimately, the most appropriate precursor to the meaty tracks still driven by Powers’ own fluid synth work, but it delves into a murky pit of warped psychedelic pop, harkening to psych-addled contemporaries like Unknown Mortal Orchestra.

It’s a curious leap forward for Powers, who spent the better part of 2011 and 2012 promoting his gossamer debut. And even more curious that the six-minute Bughouse single “Dropla”’s chorus murmurs “you’ll never die” like a mantra, reminding us all of our eventual demise.

Powers’ lyrics tend to circle around loneliness and the certain loveliness that entwines itself with detachment. On Wondrous Bughouse, he explores a much murkier world, zeroing in on mortality like a vulture perched for a morbid feast. It’s fitting, since “bughouse” is an old term for insane asylum, and the simultaneous madness that comes hand-in-hand with brilliance seeps through, especially with the twirls and swirls of tracks like “Pelican Man”.

When recording Sgt. Pepper’s cut “For the Benefit of Mr. Kite,” John Lennon purportedly had told producer George Martin that he wanted the carnival atmosphere to not only be palpable, but he wanted the listener to be able to “smell the sawdust on the floor.” With tracks like “Attic Doctor” and the unsettling “Sleep Paralysis”, Youth Lagoon transports the listener straight into Powers’ bughouse of whimsies, a beautiful and disorienting ride where everything sprouts and flourishes, in tones of green and gold.

With Wondrous Bughouse, Powers burts from a cocoon, evolving from the lonely boy we once knew prone to hibernation. He’s growing within himself and outward, emerging with work that’s as mystical and memorable as Alice’s Adventures in Wonderland. With a dash of curiosity and a good pair of headphones in tow, take a step into Trevor’s adventures in Bughouse-land. You’ll marvel at what you’ll hear.